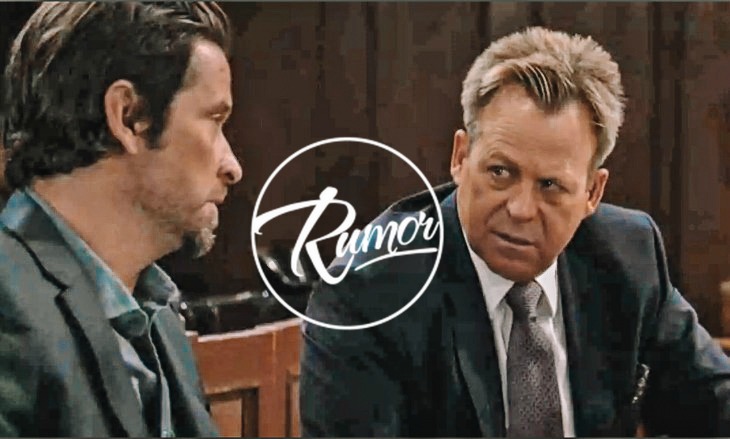 General Hospital spoilers tease that Franco Baldwin (Roger Howarth) will be among the first of Port Charles residents to figure out that Dr. Kevin Collins (Jon Lindstrom) is not himself in a very literal way! Franco is already suspicious; in a recent episode where Franco and Ava Jerome (Maura West) were having a drink together, “Kevin” mistook Ava for Felicia….and started to flirt with her! Franco knows the real Kevin would never have flirted with any woman, single or not. Kevin simply is not a flirt, it’s not his nature!

Franco was once a serial killer too, although it was due to a brain tumor. Still, it takes one to know one and once Franco learns about Kevin’s evil twin Ryan Chamberlain, and possibly hears about the Kevin lookalike Carly Corinthos (Laura Wright) thought she saw in Ferncliff, he may figure it out. Kevin had rescued Ryan from the funhouse where he was thought to have perished, and let the world think he was long dead, in an effort to rehabilitate him.

That might be why he wanted Cesar Faison’s (Anders Hove) brain to study, to see if there were any organic similarities between Faison’s brain and Ryan’s, having probably ordered many MRIs and other medical tests on Ryan’s brain through the years. If Ryan realizes Franco has him figured out, and especially if he confronts him about what he has done with his twin Kevin, Franco may be in big trouble!

On the flip side, Ryan may study up on Franco and come across Franco’s deadly past as a serial killer. He may figure since he himself has not changed and doesn’t want to change, that Franco must be faking his kinder, gentler nature. He’ll also find similarities between Franco and himself having been abused as children when he starts delving into the file Kevin has on Franco.

So, Ryan won’t want to cross Franco or try to kill him….Franco might just kill him first, and Ryan certainly doesn’t want that! However, there is one way that Ryan may be able to use Franco to his advantage…and that’s to set up Franco to take the fall for Ryan’s own murders.

General Hospital spoilers have not given us very many hints as to who Ryan’s murder victims may be…but he’ll have to watch Franco very closely to see who he may have a problem with. One glaringly apparent victim might be Dr. David Bensch (James DePaiva). The trial was highly publicized and Ryan, as Kevin, may hear some hospital gossip about how Franco tried to defend and protect Kiki Jerome (Hayley Erin) by pushing Bensch into a locker! Bensch is likely still in town, although not working at GH. He may be working at Port Charles’ other hospital, Mercy Hospital or another nearby clinic.

Perhaps he’ll set up Bensch pretending to be Kevin, kill him, and call Franco also as Kevin, and give some reason for Franco to rescue him. Then Franco will find Bensch and no Kevin, call 911 or the PCPD, and not realize evidence pre-planted by Ryan will tie him to the murder!

That way Ryan effectively eliminates Franco as a threat to himself and himself as a suspect in the murder, neatly tied up in one little package! Love him or hate him, Ryan Chamberlain and his 25th anniversary crime spree seems to be one of the stories GH is bringing in the fall sweeps with this year; keep watching the show and checking General Hospital spoilers frequently to see what happens down the road!

The Bold and the Beautiful Spoilers: Bill Determined To Be A Better Father – Bonds With Kelly

Eastenders Spoilers: Will Stuart Use Linda To Get Back At Mick?