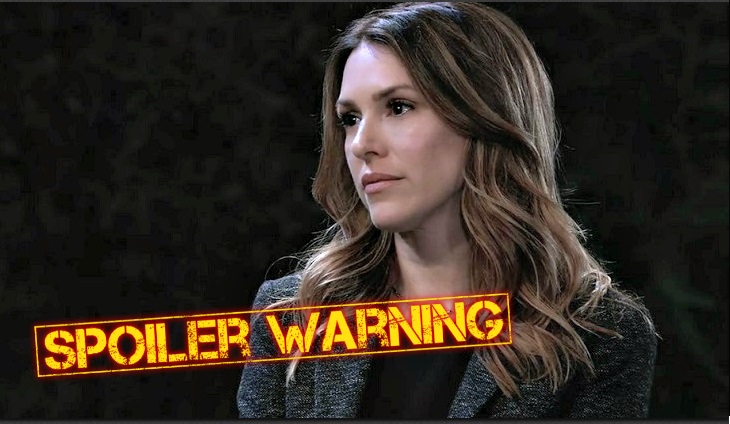 “General Hospital” spoilers for Wednesday, October 10, tease that Finn (Michael Easton) and Gregory (James Read) will spar. These two have some longstanding animosity between them, but it’s all on Finn’s end. Gregory would love to have a relationship with his son, but Finn’s holding back. His stepmom is apparently a big reason why.

GH fans can expect a fierce faceoff on Wednesday. Gregory will raise his voice and ask how long Finn’s going to hate her. He’ll be incredibly frustrated, but maybe this confrontation will bring progress. In the meantime, Josslyn (Eden McCoy) will stand her ground. She believes Oscar’s (Garren Stitt) going through a difficult ordeal, so she wants to be there for him.

When Josslyn vows to keep trying, Cameron (William Lipton) may advise against it. He knows Oscar’s pretty stuck in his ways, too. Thanks to Oscar’s cancer diagnosis, he’s been blasting Josslyn and trying to make her hate him. Cam may realize that the harder Josslyn pushes, the more she’s going to get hurt.

At GH, Oscar will put up a fight. He’s not on board with the clinical trial, but Kim will hope to nudge her son into it. Oscar’s accepted his imminent death, so he won’t see the point. After Kim insists that Oscar’s not done, he’ll vehemently disagree. The struggling teen will wonder who his mom’s trying to fool.

Kim will believe Oscar can prolong his life with this treatment, but that’s certainly not a done deal. Oscar might reveal his plan to take legal action. If there’s a way for him to go up against his parents, he intends to take advantage of it.

Elsewhere, Margaux (Elizabeth Hendrickson) will chat with Drew (Billy Miller). She just called him to schedule a breakfast meeting, so she’s got something important to discuss. “General Hospital” spoilers say Margaux will share a proposition on Wednesday. Will she finally fill Drew in on the flash drive? If he’s willing to help her take down Sonny (Maurice Benard), Margaux could make it worth his while.

At Sonny’s place, he’ll still have the DA on his mind. Jason (Steve Burton) will feel like Sonny has to keep an eye on her. He’ll urge Sonny to view Margaux as a real threat, so they’ll talk about how they’re going to handle this.

The Young and the Restless Recap Tuesday, October 9: Victoria Panics – Summer Gets Jealous