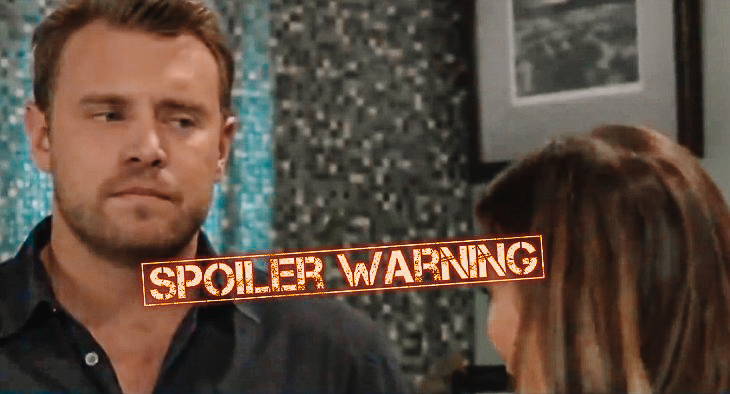 “General Hospital” spoilers for Tuesday, October 9, tease that Laura (Genie Francis) will need some assistance. She’ll sit down for a chat with Alexis (Nancy Lee Grahn) and hope that maybe they can team up. Laura will lay out her plan and exactly what she needs help with. There’s a good chance it involves sticking it to Valentin (James Patrick Stuart) somehow, so we’ll see how well that works out for her.

Meanwhile, Liz (Rebecca Herbst) will talk to Terry (Cassandra James) at GH. She’ll be upset over some family drama, but she’ll ultimately feel like she should just be thankful. At least Liz’s kids are healthy. Kim (Tamara Braun) and Drew (Billy Miller) are living a total nightmare right now. They’re watching Oscar (Garren Stitt) slip away, so Liz will try to adopt an attitude of gratitude.

Nearby, Drew and Kim will debate Oscar’s future. They naturally want to extend his life if possible, but Oscar’s resisting the clinical trial idea. Kim will suggest that they have to step up as parents and intervene. She’ll be desperate to give Oscar as many years as they can give him.

Drew will also want more time with his son, but he may be a bit torn here. Oscar already feels like everything’s beyond his control. If Kim and Drew take charge again, they’ll just keep pushing him away. Elsewhere, Josslyn (Eden McCoy) will get rejected once more. She’ll hope to work things out with Oscar, but he’ll insist that they’re over for good.

Oscar will shout at Joss as he unloads his frustration. He’ll just want her to let this go, but she’ll feel like something big is going on. While they argue, Carly (Laura Wright) and Margaux (Elizabeth Hendrickson) will do the same. “General Hospital” spoilers say Margaux will refuse to back off Sonny (Maurice Benard). She’ll make it clear that investigation or no investigation, Sonny’s going down.

Carly will snap that Margaux has no evidence and can’t charge Sonny with anything. Margaux will hint that they’ll see about that! She’s willing to do whatever it takes for justice. At Sam’s (Kelly Monaco) penthouse, she’ll open her heart to Jason (Steve Burton). He’ll promise Sam that she can tell him anything, so we should see an honest conversation.

“JaSam’s” deep discussion will lead to another sex attempt, but Drew’s arrival will derail their plans. When it comes to interruptions, Sam and Jason are having some rotten luck! We’ll give you updates as other “General Hospital” news and rumors emerge. Stick with ABC’s GH and don’t forget to check Soap Opera Spy often for the latest “General Hospital” spoilers, rumors, updates and news.