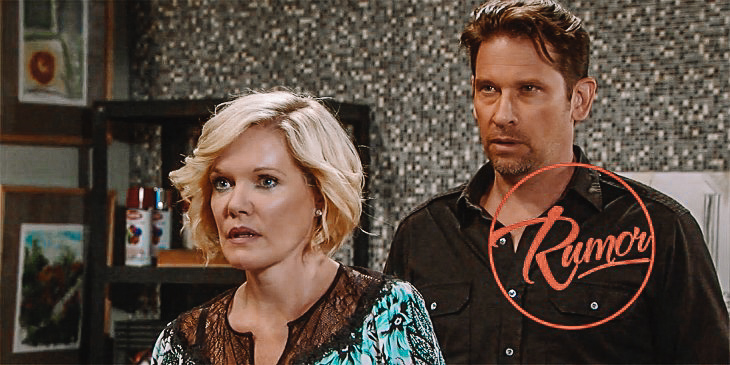 General Hospital (GH) rumors tease that Kiki Jerome (Hayley Erin) will be one of Ryan Chamberlain’s (Jon Lindstrom) victims, and possibly as a result of a new obsession with her mother Ava Jerome (Maura West). General Hospital fans who have been watching the show for a few years will recall Franco Baldwin (Roger Howarth) and Ava’s history, and that for most of Kiki’s young life both Franco and she thought he was her father,.

Franco truly does think of Kiki as a daughter. So when Franco hears the devastating news that Kiki has been found murdered, this may just send him over the edge!

lot of #soaptwitter talk about Kiki being Nina’s daughter… really, she needs to be Franco’s daughter …end of story. #GH pic.twitter.com/1nwTSSsrIs

Ava on the other hand will be even more devastated. After all, even though she was vindictive and cruel in cutting Kiki out of her life because of Kiki and Griffin Munroe (Matt Cohen)’s moral failure with each other, now she will be on a guilt trip because it will be too late to make amends.

But her inner rage and revenge will kick into high gear, and because of their years long relationship and past, she and Franco will team up to take down Kiki’s murderer! Franco may even kill him in spite of trying to keep his nose clean for his fiancé Elizabeth Webber (Rebecca Herbst).

It is entirely possible that the prime suspect in the PCPD’s radar would be Dr. David Bensch, (James DePaiva) if he is found to have means and opportunity, as well as a quite obvious motive! After all, Kiki ruined his career and life! General Hospital hasn’t released anything to say DePaiva has left the show, so he must be lurking around in Port Charles somewhere!

Franco needs to have a few words with Dr. Bensch. Can Elizabeth stop him from doing something he’ll regret? A tense, new #GH starts RIGHT NOW on ABC! pic.twitter.com/x6qC1Ma9Uk

However, when Ryan sees news reports that someone else might get the credit for his work, if he’s smitten with Ava enough, he might out himself to her and be upset that she doesn’t appreciate his effort to avenge her and prove his love!

At that point, whether he’s still masquerading as Kevin or has confessed to Ava he’s really Ryan, he will face the wrath of Ava, and that won’t be pretty! Stay tuned to GH and check General Hospital spoilers frequently to see this mystery evolve!

The Bold and the Beautiful Weekly Spoilers October 8 to 12: Brooke Blasts Ridge – Steffy Gets A Shock – Katie Keeps A Secret