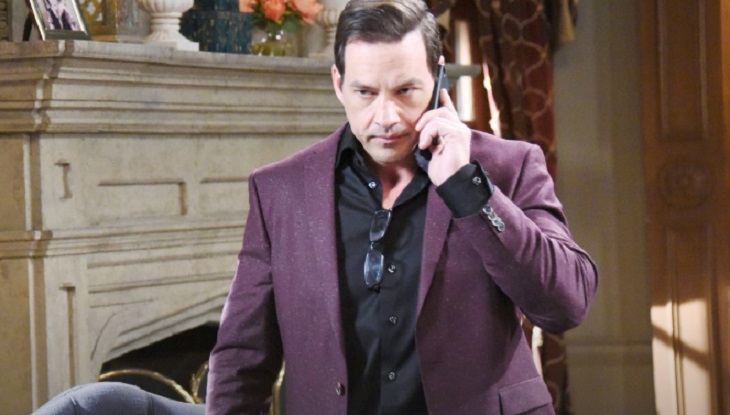 “Days of Our Lives” spoilers for Wednesday, October 10, tease that John (Drake Hogestyn) will face more drama. Naturally, Hattie (Deidre Hall) will be the source of his troubles. She’s been causing some serious problems for John and his secret helpers, but they’ll all try to stay calm and handle the next one.

DOOL fans can expect Hattie to do something risky. By the time she’s through, John’s scheme will be in jeopardy. Thankfully, “Days of Our Lives” spoilers say John will step in and handle the situation. He’ll manage to keep the swap under wraps, which is what he wants for right now.

Of course, the ultimate goal is switching Marlena and Hattie again. John just has to get Hattie off his back and wiggle out of their marriage sham. Accomplishing those tasks won’t be easy, but John will be committed to getting his life back on track. He’s eager to resume his bright future with the real “Doc.” 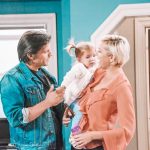 For now, John will blast Hattie for nearly blowing everything. He’ll try to keep Roman (Josh Taylor) and Kayla’s (Mary Beth Evans) involvement quiet while he works on a new plan. Over with Brady (Eric Martsolf), he’ll give Kristen (Stacy Haiduk) his full attention. Brady’s making progress in his plot to secure EJ (last played by James Scott) info, but there’s more work to be done.

“Days of Our Lives” spoilers say Brady will continue to build trust between them. By the end of Wednesday’s episode, Kristen should let her guard down a bit. With any luck, she’ll pass along a clue or two that could help Brady out.

Back in Salem, Hope (Kristian Alfonso) will suck it up and apologize to Sami (Alison Sweeney). It’ll obviously be an unpleasant undertaking, but Hope will feel like it’s the right thing to do. She came after Sami pretty hard following the shooting. Since Hope was wrong about Sami’s guilt, giving her rival an apology is only fair.

Finally, Stefan (Tyler Christopher) and Eve (Kassie DePaiva) will clash. They’ll rub each other the wrong way, so expect quite a showdown. Insults and accusations will fly, which means some fantastic “Days” scenes are coming up.

Xander is up to no good. #DAYS pic.twitter.com/1fq78UOt2m

It sounds like some Salem shockers and shakeups are ahead. We’ll give you updates as other “Days” news and rumors emerge. Stick with DOOL and don’t forget to check Soap Opera Spy often for the latest “Days of Our Lives” spoilers, rumors, updates and news.