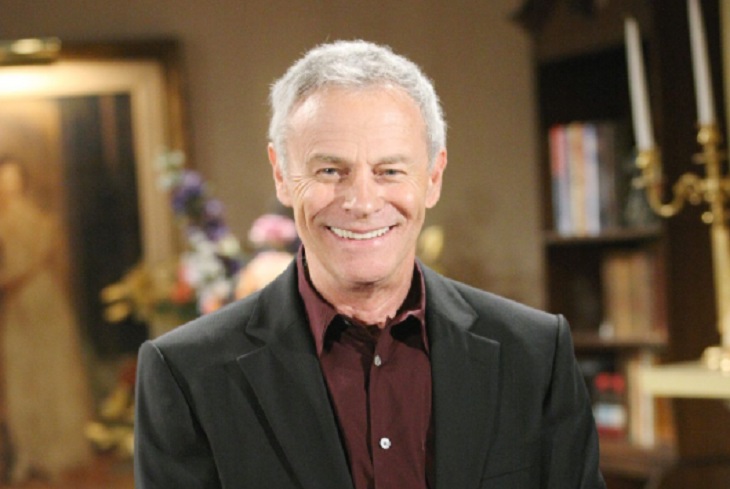 General Hospital (GH) spoilers tease that Tristan Rogers will return as Robert Scorpio in a few weeks. He hasn’t been seen for a few months as he is busy trying to hunt down Cassandra (Jessica Tuck), who was kidnapped by a mysterious Cassadine. If that is not busy enough, he’s helping Anna (Finola Hughes) track down Obrecht (Kathleen Gati).

Scorpio Is a Busy Guy

Robert was not included in the storylines for the fall sweeps. Right now, he is busy trying to find Cassandra and figure out which Cassadine kidnapped her. However, his adventure is about to be over as Scorpio is about to come back to Port Charles.

Tristan Roger revealed that one of the best things about General Hospital is they keep him busy in many storylines. Even when he isn’t working and is off canvas his character is still mentioned on the show.

Rogers revealed that Scorpio will be returning early in the new year. He teased that Robert will be getting an all-new storyline. It’s easy to predict what storyline he could be stepping into with Ryan on the loose and “Kevin (Jon Lindstrom) divorcing Laura (Genie Francis). Perhaps, he will come back to save his ex and reconnect. He said Laura and Robert dated in the 80s and they went through a lot together.

Tristan teased that there is a lot of really neat stuff coming up. He encouraged the fans to tune in to see Scorpio’s return. Don’t forget to come back for more General Hospital (GH) spoilers, news, and casting updates!

General Hospital #GH Spoilers: Will Franco Go To The Dark Side To Find Kiki’s Killer?https://t.co/8Czo7GsM0S

Coronation Street Spoilers: Who Will Save Sally From Prison?