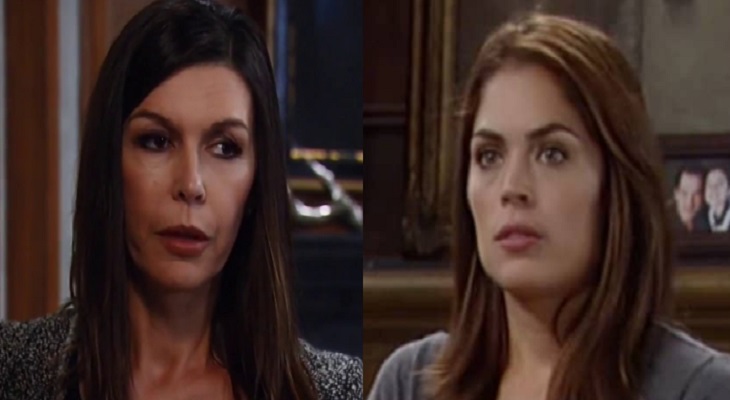 General Hospital spoilers tease that Anna Devane (Finola Hughes) is setting a trap for Liesl Obrecht, (Kathleen Gati) hoping that news of her daughter Britt Westbourne’s (Kelly Thibaud) “serious illness” will bring her out of hiding.

A couple of weeks ago Hamilton Finn (Michael Easton) injected Britt with an unknown infection or virus, admitting to Britt it was only the common cold! Anna wants Britt to play along and act much, much sicker and put the news out that Britt is desperately ill, counting on Liesl’s maternal instincts to kick in and her to come check on her daughter.

There is a possibility that Liesl’s medical instincts could kick in as well, which could cause Anna’s plan to backfire on General Hospital. Even if Liesl does come out of hiding, she may try to kidnap Britt to take her where there are better treatments, such as an overseas clinic, or possibly run some tests of her own and find out Britt only has a cold! 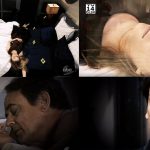 General Hospital spoilers show that Britt has to be totally in and in agreement with the plan for it to work, possibly wearing a wire and letting her cell phone be tapped so that Anna can gain intel on Mutti Dearest!

Even though Liesl has probably not been the best mother in the world, it is obvious she does love her children and is protective of them. She would not have hidden the truth about Nathan West (Ryan Paevey) being her son with Cesar Faison (Anders Hove) for so many years and given him to her sister Madeline (Donna Mills) to raise with her daughter Nina Reeves (Michelle Stafford) if she didn’t love her children.

Faison apparently treated daughters much better than sons, as witnessed by Peter August’s (Wes Ramsey) childhood traumas! One has to wonder, with Anna having been Cesar’s great obsession while he was Liesl’s, if he had known Anna was Peter’s mother whether he would have treated him any better than he did!

Anna’s hope is that Britt will fully commit to and cooperate with the plan and that Anna will be able to swoop in and arrest Liesl during a hospital visit to Britt. Keep watching GH and checking General Hospital spoilers frequently to see if the plan succeeds!

Young and the Restless (YR) Spoilers: Recast Ana Arrives To Help Save Devon