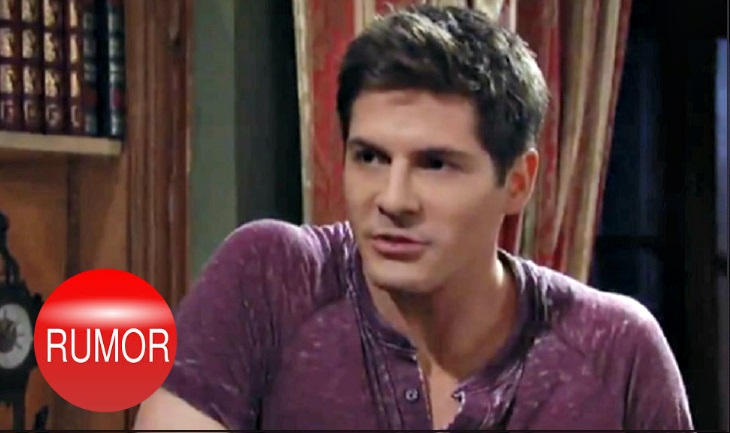 Could General Hospital’s mystery patient in Room 22 be Dillon Quartermaine (Robert Palmer Watkins)? The patient is certainly being isolated for some reason and being kept unknown to us.  Maybe he is being held against his will by Nurse Mary Pat (Patricia Bethune).

Recently rumors have been circulating that General Hospital’s Dillon could be making an appearance soon.  The idea that Dillon could be the mystery patient has been suggested as well.  Dillon has been MIA since he and Kiki (Hayley Erin) broke up over the phone months ago, could there be a sinister reason for this?  Will Carly (Laura Wright) discover him being held at Ferncliff?

Carly is being held on the maximum-security ward at Ferncliff. Mary Pat was furious when Sonny (Maurice Benard) visited without her approval.  However, Nelle (Chloe Lanier), who is supposed to be Carly’s victim, can walk in and harass Carly with no consequences. What mental institution would allow the victim to be alone in a room with the person who supposedly attacked them?

Rupert has escorted Nelle to her room, but that is probably not on Sonny’s orders.  Maybe someone else, such as Mary Pat, wants Carly to lose it so she can go back to drugging her for no reason.

Are Mary Pat And Nelle Be Connected?

If we believe Nelle, she was sickly as a child because of the kidney donation.  Could Mary Pat be her real mom and the donation been done without her permission?  Could Mary Pat have been forced by her husband or Nelle’s father to go along with the surgery?  Maybe Mary Pat is just a sympathetic nurse who believed Nelle’s sob story and wants to help her get revenge.

Could Mary Pat be like Heather Webber and escape the facility in another stay, then pose as a nurse at Ferncliff?  Whether she is a friend or a relative of Nelle, she obviously hates Carly and wants her to pay for something.  The question is what Mary Pat has against Carly at all.

Could Dillon Be Nelle’s Baby’s Father And Mary Pat Is Helping Nelle Keep Him Locked Up?

If Mary Pat and Nelle have a connection, maybe she is helping keep Dillon locked up at Ferncliff for Nelle.  Nelle wants Michael (Chad Duell), not Dillon’s baby. If Dillon knows about the baby, she would certainly have to keep him quiet.  Nelle could have texted Kiki from Dillon’s phone, arranged the breakup and then locked him away to keep the baby from him.

Chad Duell has already said in an interview that he didn’t think the writers were giving Michael a baby.   In the end, maybe Carly will find Dillon and get the truth and Nelle will be exposed. Maybe Dillon doesn’t know the baby is his or why he is even locked up.  Nelle knows that any doubt would cause Michael to want a DNA test and she can’t allow that if the baby isn’t his.  However, the baby would still technically be a Quartermaine.

Dillon as the father would explain so many things and the Morocco visit would work right into the plan.  Nelle could have planned this all along and slept with Dillon and got pregnant on purpose.  Dillon would have to be kept out of the way for any of this to work.  Hopefully, soon, we will see who’s the man behind Door 22.

The Young and the Restless Spoilers: Nick And Sharon’s Custody Nightmare Ends