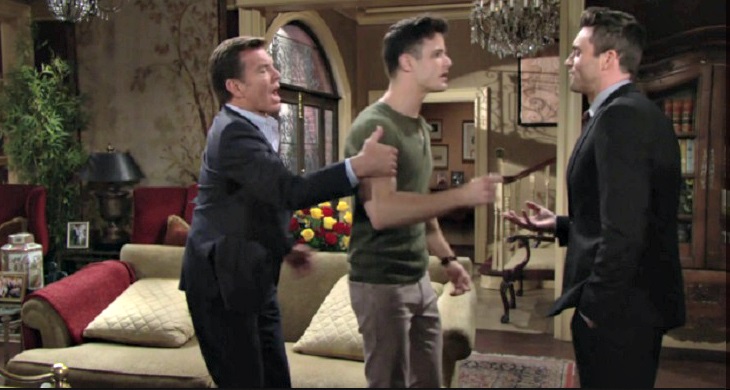 Cane (Daniel Goddard) continues to question the potentially former Jack Abbott (Peter Bergman) on ‘The Young and the Restless’? But Jack has every right to seek answers about his paternity and will do so until he has definitive, potentially life-altering proof.

What if Jack really isn’t an Abbott, as longtime fans fear? Well, then maybe Jack Newman, or Jack Reed could be the son of another old-school character via creative soapy writing.

Jack Baldwin, Jack Fenmore, or Jack Foster believes Dina’s (Marla Adams) tale about her distant past, despite the fact that his apparent mother’s condition may be affecting clarity on this particular issue. Nevertheless, Jack Williams thinks that John (Jerry Douglas) actually wasn’t his father.

The reason for this backstory shift is somewhat perplexing, as there are many outcomes that would become possible if Jack Winters, Jack Copeland, Jack Porter, or Jack Hamilton isn’t related by blood to the Abbott family as he and the viewers have always been told.

Of course some possibilities would be unworkable, based upon Jack’s past marriages and romantic pursuits. Jack Summers, or Jack Collins, along with other potential last name monikers just won’t work.

Jack Fisher, Jack Bardwell, or Jack Valentine actually has no idea how radically his life will be altered if he confirms that a man other than John actually is his father. Whether this character is alive will become another another point that Jack Hellstrom has to consider.

Jack Carter would be unbelievable, but no more so than many of the other options that were presented, or those that weren’t within this feature.

But just imagine if Jack’s lineage is somehow linked to Colin’s (Tristan Rogers) contingent? Then Cane would discover that he has an uncle, Jack Atkinson.

General Hospital RUMOR: Drew Teams Up With Margaux To Take Down Jason Morgan and Sonny