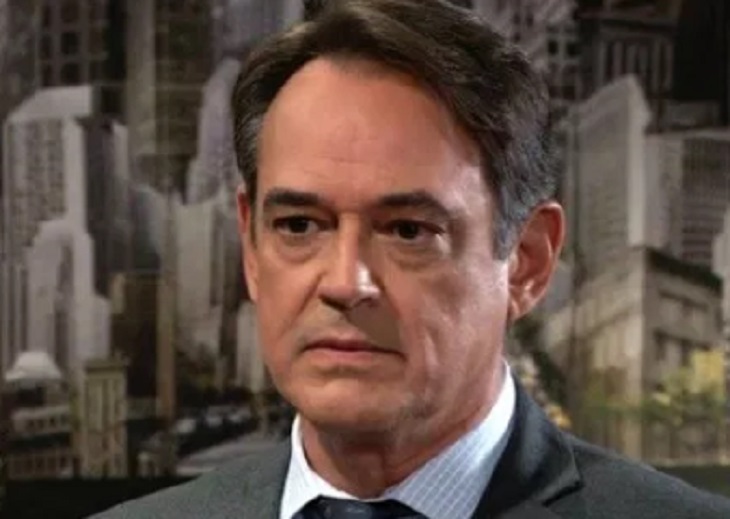 General Hospital spoilers have revealed many different avenues for serial killer Ryan Chamberlain (Jon Lindstrom) to take when planning his next kill. GH fans have speculated anyone from an anonymous nurse or day player to “wife” Laura Collins (Genie Spencer). We want to know what you think!

Felicia Scorpio (Kristina Wagner) is high on the potential victims list in many General Hospital viewers’ minds, especially those who are long-time viewers. Those who were watching when Ryan first came on the General Hospital canvas will recall the whole sordid storyline started with Felicia, who met Ryan in Texas when he was going by the name “Todd Wilson” and she witnessed him murder his wife Gloria.

General Hospital Spoilers – Is Felicia Next?

Plus she is helping Carly Corinthos (Laura Wright) track down mystery patient “Wilson” in Ferncliff. Ryan managed to throw them off the trail at least temporarily, by apparently managing to get Nelle Benson (Chloe Lanier) transferred from Pentonville to Ferncliff.

Carly Corinthos is obviously a potential victim as well. She’s been trying to track down the patient who was her neighbor at Ferncliff, to help him. Of course, originally it was Ryan himself but now he’s replaced himself with the real Dr. Kevin Collins, so she poses a threat to Ryan and to his agenda, and his frame-up of her for the murder of Mary Pat Ingles (Patricia Bethune) backfired.

Will Ryan Take Out Sasha Or Jordan?

General Hospital spoilers show Jordan Ashford (Briana Nicole Henry) is also a potential victim. She has studied Dr. Kevin Collins’ writings about serial killers, and about Ryan himself, and is too smart for Ryan to let her continue investigating his murders, if his attempts at misleading the investigations continue to backfire, as the frame-ups of Carly and Dr. Griffin Munro (Matt Cohen) have.

Nina Reeves (Michelle Stafford) could easily get in Ryan’s way, being an enemy of Ava’s and having urged Sasha to press charges against Ava.

Lulu Falconeri (Emme Rylan) would be an obvious target. She continues to investigate the murders and was the one to help bring Ryan into the spotlight. She could easily put everything together and expose Ryan.

Willow Tait (Katelyn MacMullen) has been mentioned as a potential victim; however, having no connection to Ryan or much of one to any of his other potential victims, she would just be in the wrong place at the wrong time if she were to become one of Ryan’s kills.

Ava Jerome (Maura West) could also ultimately be a victim if she didn’t live up to Ryan’s expectations or if she became suspicious and confronted him about the murders, especially of Kiki!

Any or all of these women could be victims considering how prolific a killer Ryan is, but it’s highly unlikely GH writers would kill off the majority of the females in Port Charles! Vote in our poll and tell us who you think will be next!