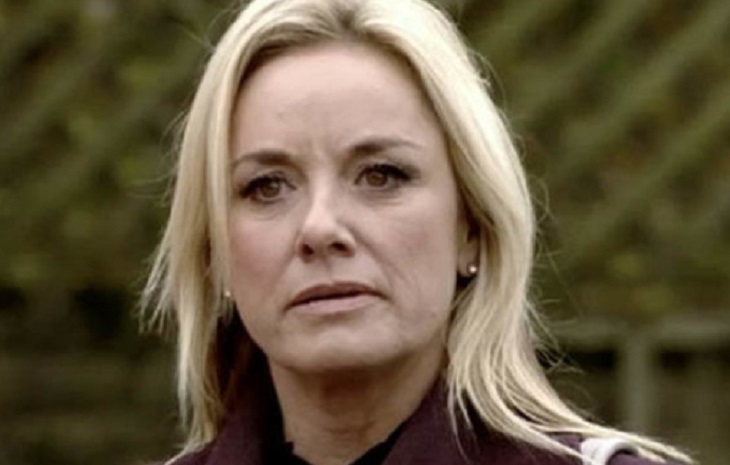 EastEnders spoilers tease that Mel Owen has made another horrible discovery about her fiancé Ray Kelly which will definitely make her rethink their future together. According to EastEnders spoilers, Mel was shocked to find out that Ray had another partner and adult children that he didn’t tell her about. Here’s what you need to know.

Mel already knew that Ray had another wife and child on EastEnders, but little did she know that he was hiding yet another huge secret! She’s known about his wife Maddie for some time now. And even though she didn’t take the news very well at first, she managed to get over it. That is, until now when she finds out that Ray has been hiding even more secrets from her.

Mel took matters to her own hands when she asked Maddie to go with her to a house that Ray has been frequenting lately. The house actually belonged to Ray’s adult daughter, Jodie. Mel assumed that he was visiting a secret lover and was shocked to find out that it was actually his own child!

If that weren’t enough, EastEnders spoilers show Jodie revealed that Ray and her mother had been together for 25 years and that she had several other brothers, too.

Things are about to get VERY cosy at No. 31 Albert Square.#EastEnders pic.twitter.com/0ygsbFXY4Z

Mel turns to Maddie and says, “He’s going to hurt for this. And we take the fight to him.” Will Mel finally pull the plug on her relationship with Ray? EastEnders viewers will find out soon enough!

EastEnders airs weeknights on the BBC network. Check your local listings for times. In the meantime, drop us a line with your thoughts in our comments section below.

Young and the Restless Comings And Goings: New Arrivals In Genoa City