The Young and the Restless (YR) Spoilers: Nick’s Plan To Leave With Sharon Deepens Shick’s Bond 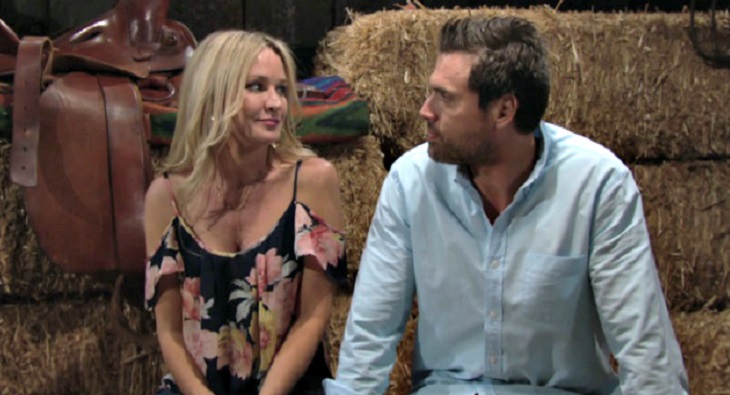 Nick (Joshua Morrow) is overreacting again on ‘The Young and the Restless’. Victor (Eric Braeden) pushed one of his son’s buttons and the need to move to San Diego, California, was written into the script. But Sharon (Sharon Case) will persuade her on-again love against doing so.

The side story to the seemingly on-again battle between Victor and Nick is what the suggested move to, arguably one of the most beautiful areas of the entire United States is what this means for ‘Shick’.

Four years ago this coming fall Sharon and Nick stood at the altar in the often used church setting. They were set to be married until the recast Phyllis (as first played by the outstanding Michelle Stafford and now by the superb Gina Tognoni) showed up in her resplendent white dress.’Shick’was stopped, which gut-punched fans of the couple who had been waiting since the mid-2000’s for that reunion.

The following three-plus years were filled with plenty of verbal barbs, threats of blackmail, and many other ugly interactions. It seemed that Sharon and Nick might never get back together, yet they have.

Why a handful of past executive producers and head writers wanted Case and Morrow to remain apart remains questionable. Sure, longtime soap couples are often split. But it seemed odd that this particular pairing had intentional character obstacles placed between them which blocked what is becoming ‘Shick’ the sequel.

While a permanent move to San Diego isn’t in their future, love appears to be. Here’s hoping that Y&R maintains ‘Shick’ indefinitely and that they are also written as a supportive couple. Loyal fans of this duo deserve that reward.

The Bold and the Beautiful Spoilers Friday, June 1: Steffy In Labor, Liam Rushes To Hospital – Brooke Pushes Hope To Elope