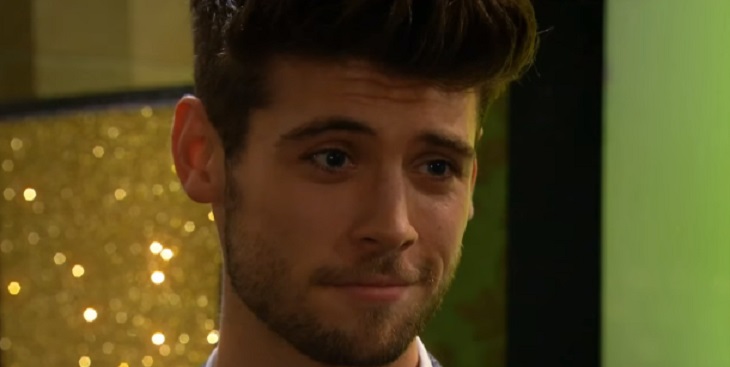 Emmerdale spoilers tease that someone gets payback on Joseph Tate (Ned Porteus) next week, but will the plan backfire on the Dingle’s?

Smooth talking Joseph came to the Dales with an agenda: turn the Dingle land into a cushy golf course. He played Debbie (Charley Webb) in particular and now hell hath no fury like a Dingle scorned.

Which is exactly what the handsome cad is about to find out as the proud Dingle’s unite to take on the bad man.

Thus far on Emmerdale Joseph has managed to damage Wishing Well Cottage and Debbie has seen enough. She is going to Home Farm when she informs Joseph that the place has been rigged. He goes berserk but Debbie slings the verbal manure right back at him. Atta girl!

Meantime Cain Dingle (Jeff Hordley) and Ross Barton (Michael Parr) take quick action to stop Debbie from doing something she may regret. Will they reach the determined lady in time?

Explosive Emmerdale spoilers reveal Joe taking a run in the woods but he’s not alone. Dressed smartly in a matching jogging suit, the fit lad is confronted by a vision no one wants to see in the middle of nowhere: someone in a face mask toting a shotgun is staring right at him! Is the cosplay convention in town?

Panicked and rightly so, Joseph takes off running but someone is already three steps ahead of him. Fleeing for his life, the guy trips on a wire that’s been intentionally set up.

Joseph ends up falling into a hole that had been carefully disguised with moss laying over the top of it. He’s injured after falling into the trap and the person with the firearm leaves him, presumably to die.

Things are looking bleak when someone appears out of nowhere. It’s Ross; is he in one the chilling plan, or did he find the hole and Joseph by accident?

What Ross does next may surprise you. Be sure to tune in January 23rd to discover Joseph’s fate!

The Young and the Restless (YR) Spoilers: Hilary Attracted to Motherhood – Hevon Makes That Happen