The Young and the Restless (YR) Spoilers: Hilary Attracted to Motherhood – Hevon Makes That Happen 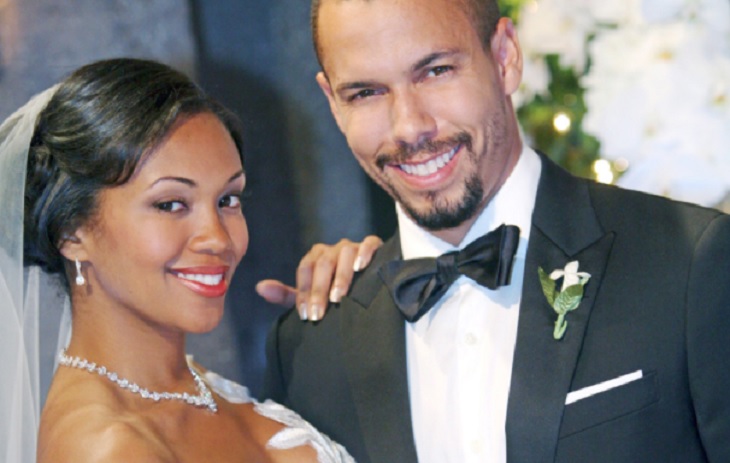 The birth of Cane’s (Daniel Goddard) affected Hilary (Mishael Morgan) on ‘The Young and the Restless’ in a way that neither she, nor the audience may have expected. Maternal instincts that were fueled bodes well for the revival of a charismatic Genoa City couple, ‘Hevon’.

There was no doubt that Hilary and Devon (Bryton James) loved each other when they amicably decided to end ‘Hevon’ Part I last year. But soap fans knew that duo likely hadn’t ended, but merely was taking an extended break.

Morgan ranks with the best actors who’ve joined Y&R’s cast in this decade. She became Ann Turner in 2013. That name might be unfamiliar to some newer viewers, as it represents Hilary Curtis’ birth name.

Related: The Young and the Restless Noah’s Heart Broken, Finds Out About Tessa And Mariah

Hilary came to GC seeking revenge against Neil (Kristoff St. John). She believed that he’d left her mother for dead years ago, which proved to be a misguided notion. The passion between both people then turned romantic.

‘Nilary’ didn’t last long on The Young and the Restless, led to Neil’s blindness, which wasn’t Hilary’s fault and eventually resulted in a different attraction. Devon and Hilary’s draw to each other proved too powerful to overcome and in time they married. Hilary became the dominant half of that relationship, thus the first letter of her name led the couple’s mashed up nickname, ‘Hevon’.

Devon did assert his own interests as time passed and drove that pair’s decision to part ways. Both halves saw other people, (Mariah, Camryn Grimes and for Hilary, Jordan, Darnell Kirkwood), but weren’t ever truly in love with those people.

An obvious reassessment of interest has taken place in recent months. Hilary is seriously considering reuniting with her true love. Devon has had time to think and seems to have decided that Hilary is worth another romantic shot, though he’s yet to take it.

A remarriage and then a baby would be best, as it would enable both parties to commit to each other first and then welcome a new life into the world. Motherhood would look good on Hilary, as fatherhood would on Devon in ‘Hevon’ Part II.