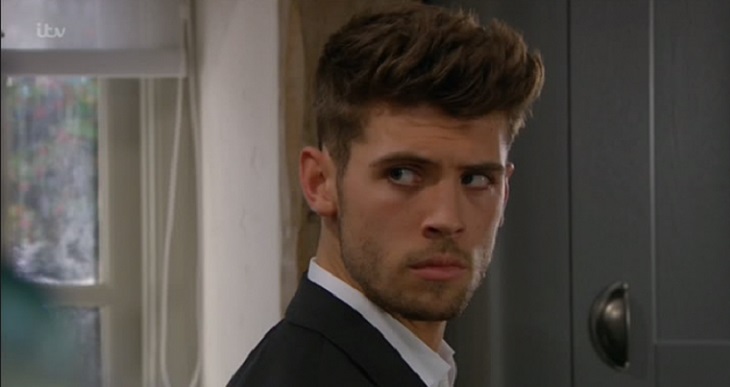 Two young lives are in danger next week on Emmerdale when demolition begins on the Dingle home. With Samson (Sam Hall) and Noah (Jack Downham) trapped inside, will they be Joseph Tate’s (Ned Porteous) latest victims?

The Emmerdale town is still reeling from the big reveal that Joseph isn’t really Tom Waterhouse, as he fooled them into believing. The shiny trickster rolled into town with every intention of taking over the Dingle Farm in order to develop a golf course.

But the gig is now up and the awful truth is that he has even more odious plans in mind than just stealing the family farm. Joseph also wants to destroy Charity (Emma Atkins) for the part he believes that she played in the death of his father.

His dad wanted revenge on Charity all those years ago and so framed her making it appear she was responsible for his death. Joseph is now taking his rage out on poor Charity, just as his father did. Revenge is a dish best served cold would appear to Joseph’s mantra!

Sadly the trusting Dingles will be lured one last time when Joseph asks them to Home Farm for a party. Joseph tells them that he wants their opinions, but what he is really doing is getting them out of the way of the demolition. What he didn’t count on was the two boys being inside playing.

Samson and Noah have no idea what is about to happen as they sit and play virtual reality games. Revealing photos from the soap show the two boys sitting at the table as dust begins to rain down on them.

Could the innocent kids be further collateral damage in Joseph’s twisted and cold plans for revenge on Charity?