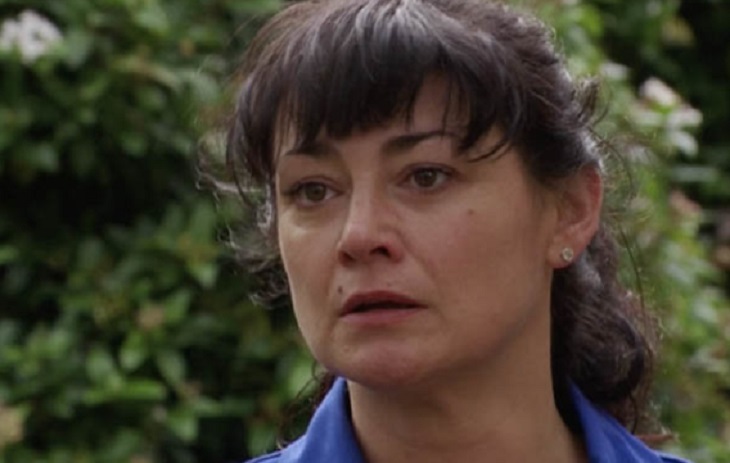 The New Year rings itself in with suspense and tons of dramatic action for the residents of Emmerdale. What juicy turn of events transpire next week in the Dales?

First up, the Whites take center stage as they must face reality and leave their beloved farm in the rearview mirror.

In the aftermath of their recent extracurricular activity, Laurel Thomas (Charlotte Bellamy) and Bob Hope (Tony Audenshaw) must confront their feelings. Is someone about to get their heart broken?

Meanwhile, Robert Sugden (Ryan Hawley) doesn’t trust the Whites, so he hires a PI to do some digging. What he discovers is shocking and could lead to tragic consequences. How far will Robert go to hang on to someone dear to him?

Related: Emmerdale Spoilers: Lachlan White Snaps, Will He Kill His Own Family?

Meanwhile, Brenda Walker (Lesley Dunlop) is in for a big surprise when Bob hopes she’ll accept his attractive offer and answer in the affirmative.

The Thursday, January 11 episode starts off with a bang as the Whites prepare to leave Emmerdale once and for all. Of course this means baby Seb, too, something that Robert is not about to allow to happen.

As the family is distracted, Robert snatches the infant away and takes off with the bundled-up babe. Look for a dramatic car chase scene to ensue, with unintended consequences. Will someone lose their life as a result of the unfolding drama?

Elsewhere, Moira (Natalie J. Robb) tries to do the right thing and offers Ross (Michael Parr) a farm job. But will the sight of Moira and Cain Dingle (Jeff Hordley) getting closer lead someone to make a drastic decision about life in Emmerdale?

Look for Harriet Finch (Katherine Dow Blyton) to question whether or not she should stay in the church. Will she also up and leave the village as well?

Finally, the result of the car chase and subsequent crash will affect many lives when what started as a heartfelt bid to keep baby Seb turns horribly wrong.

The Young and the Restless (YR) Spoilers: Trouble Between Nick and Chelsea Starts – Paternity Issue Revived