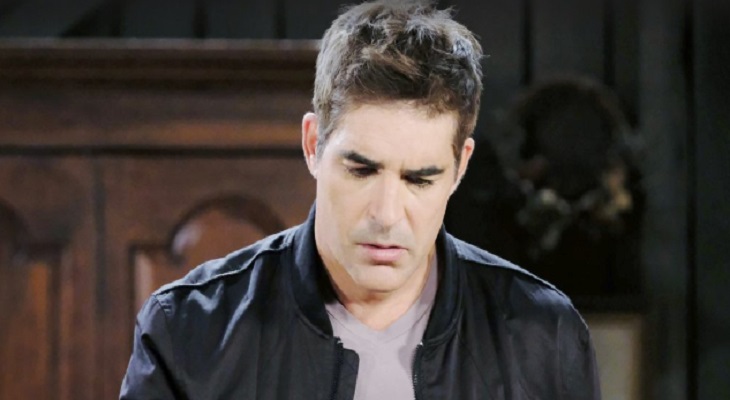 “Days of Our Lives” spoilers for Monday, December 3, tease that Chad’s (Billy Flynn) admission will leave Sonny (Freddie Smith) appalled. DOOL fans know Chad was in the loop on the plan Kate (Lauren Koslow) inherited from Vivian (Louise Sorel). She used Leo (Greg Rikaart) through the sexual harassment lawsuit, which Chad knew about. He willingly let that slide without saying anything.

Once Sonny gets confirmation from Chad, their friendship will take a serious hit. “Days of Our Lives” spoilers state that Sonny just won’t understand. He won’t get how Chad could call himself a pal and keep a dark secret like this. Chad will be sorry that he hurt Sonny, but he may argue that he was the best person for the Titan CEO job. He’ll try to spin the whole thing, but Sonny won’t want to hear it.

Other “Days of Our Lives” spoilers say Ben (Robert Scott Wilson) will become Ted’s (Gilles Marini) target. Now that Hope (Kristian Alfonso) and Ted have settled on a plan, it’s time to put it in motion. Ted will do whatever he can to score a confession from Ben. 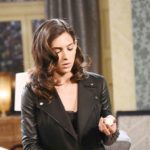 Of course, Ben didn’t actually commit this arson and he won’t be keen on admitting something he didn’t do. Ted’s plot should be pretty tough to pull off. However, he won’t give up without a fight. Ted will have a few tricks up his sleeve, so Ben will have to be careful.

At the hospital, Gabi (Camila Banus) will head into Kayla’s (Mary Beth Evans) office on a mission. She just needs to print a copy of Charlotte’s paternity test results and get out. The task sounds simple enough, but it’ll become complicated when Kayla suddenly appears. “Days” spoilers say Gabi will think fast and attempt to talk her way out of trouble!

While Kayla grows increasingly suspicious of Gabi, Rafe (Galen Gering) will battle some suspicions about Hope (Kristian Alfonso). She’ll give him a flimsy story about her trip to Smith Island, so Rafe will secretly fear she’s cheating on him. “Days” spoilers say Rafe will seek proof soon, which is sure to bring a DOOL disaster.

Lani gets jealous when she sees Eli with Sheila. Watch an all-new episode of #DAYS, weekdays on NBC. pic.twitter.com/J8P9HzjsDw

Some terrific scenes are ahead on the NBC soap. We’ll give you updates as other news and rumors emerge. Stay tuned to DOOL and don’t forget to check Soap Opera Spy often for the latest “Days of Our Lives” spoilers, rumors, updates and news.