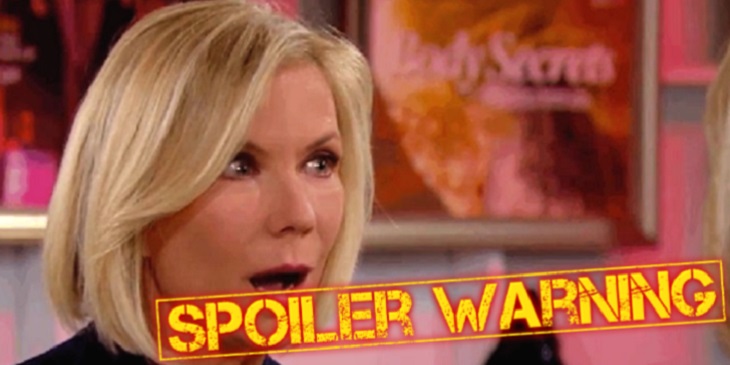 “The Bold and the Beautiful” (BB) spoilers for Monday, December 3, 2018 tease that we will have a day filled with secrets revealed, one tries to convince another, and let’s not forget plenty of drama. You will not want to miss a moment of the action!

Hope Logan Spencer (Annika Noelle) discloses Taylor Hayes’ (Hunter Tylo) terrible secret to a stunned Brooke Logan Forrester (Katherine Kelly Lang). Hope is scared that Taylor may do harm to her or her mother after the way she has been behaving lately and will feel the need to tell her mom about Taylor shooting Bill Spencer (Don Diamont) to protect her.

She wants Brooke to know just what Taylor is capable of. Hope knows that Brooke and Taylor have been at each other’s throat since Taylor returned to town and wants her mom to take precautionary measures.

As we all know Liam Spencer (Scott Clifton) recently revealed the secret to Hope Logan Spencer because he felt she needed to know. He felt it was right for her to know since Taylor Hayes was attacking her. So now that Hope knows the secret and tells her mom, what do you think will happen? With the secret being out, do you think Brooke Logan Forrester will hold it over Taylor’s head or just go ahead and turn her into the police?

These two women despise each other and love to take a swing at one another every chance they get. So now Brooke would have the perfect opportunity to get at Taylor, but will she do it? Do you think she will take the others lives that it will affect into consideration?

Other “Bold and Beautiful” spoilers suggest that Liam Spencer attempts to convince Bill Spencer (Don Diamont) that Taylor Hayes remains a threat to their family’s safety. Liam is very disturbed by Taylor’s behavior and the fact he walked in on her berating his pregnant wife.

Liam will try to make Bill see that Taylor could still be a threat to everyone. He feels she is not healed as she claims to be. Do you think Bill will take what Liam is saying to heart and maybe end up turning Taylor in himself?