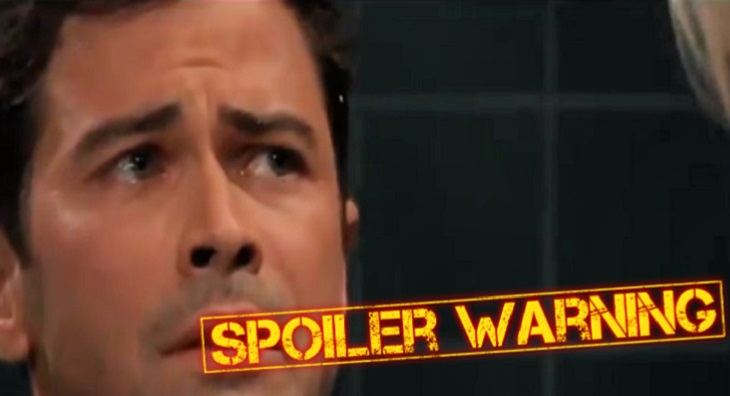 “General Hospital” spoilers for Monday, December 3, tease that Ava (Maura West) will be on a mission to make Griffin (Matt Cohen) pay. She’ll spew hatred in the interrogation room, where she just appeared with a gun in her pocket. Ava will unleash her wrath on Griffin, who’s clearly innocent of this crime.

However, Griffin will be so numb that he takes most of Ava’s berating. He’ll assure Ava that he had nothing to do with Kiki’s (Hayley Erin) demise, but he’ll understand why she’s lashing out on some level. Meanwhile, Curtis (Donnell Turner) will deliver some surprising updates to Jordan (Briana Nicole Henry). He’ll bring up the new intel he got from Sasha (Sofia Mattsson), which could affect this case.

Jordan will find out about the scheme Ava cooked up to make Kiki think Griffin cheated. She’ll suddenly realize they have another suspect. Ava will be looked at carefully since Mary Pat’s (Patricia Bethune) body also showed up at the gallery. Sasha will ultimately be summoned for questioning, so she’ll pass along any relevant info. She’ll want to help the cops catch Kiki’s killer if possible.

Across town, Julian (William deVry) will worry about what Ava might do. Ryan (Jon Lindstrom) will keep up his Kevin charade and ask how certain Julian is. He’ll wonder if Ava would really try something drastic. Part of Ryan would love to see Ava murder Griffin over recent events, but that’d also mean she’d be locked up. He could have some very mixed feelings about this messy situation.

Speaking of messy situations, Jason (Steve Burton) will acknowledge the one he’s facing with Sam (Kelly Monaco). He’ll note that things are always going to be complicated between them and that’s OK. GH fans know Sam and Jason have the kind of love that just is, so they’ll try to tackle the complex issues ahead.

At the Metro Court, “General Hospital” spoilers say Carly will get some news that leaves her hopeful. It appears some Margaux (Elizabeth Hendrickson) leverage will suddenly surface. Carly will be bursting with excitement, but Sonny (Maurice Benard) may urge her to dial it down. He probably won’t be as convinced of the plan – or the idea that they should keep targeting Margaux.

“General Hospital” viewers will want to check out Monday’s hot episode. We’ll keep you posted as other GH details and rumors. Stick with the ABC soap and don’t forget to check Soap Opera Spy often for the latest “General Hospital” spoilers, rumors, updates and news.