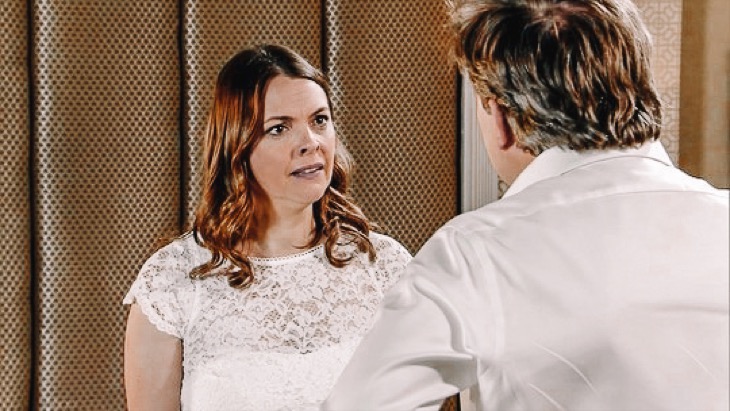 Coronation Street spoilers indicate that Tracy Barlow (Kate Ford) is about to get her revenge against Steve McDonald (Simon Gregson) on her wedding night. That’s because Tracy is sick and tired of Steve’s cheating ways and is going to put an end of it once and for all.

According to new teasers, Steve is just one man who doesn’t learn. When Tracy hinted that she would give him a free pass to do anything before their wedding day, he took it the wrong way. He thought she was giving him a free pass with other women, but that wasn’t on her mind at all.

As many fans know, Steve has been cheating on Tracy with Leanne Battersby (Jane Danson) but the bride doesn’t really know that. She actually thinks that he has been sleeping with Abi Franklin (Sally Carman) instead and is now set out on getting even. 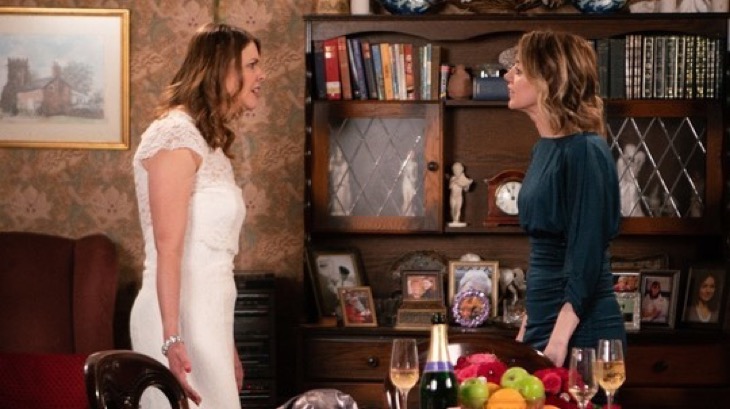 It’s actually Beth Tinker (Lisa George) who relays the news that Steve might have gotten a little too up close and personal with Abi during a secret dance lesson. Tracy confronts Abi about this, but doesn’t give her a chance to explain what had actually happened.

To make matters worse, Tracy heads to the garage and starts tampering with Michelle Connor’s (Kym Marsh) car. She knows that Abi will get the blame for the damage. What she doesn’t know is that her tampering will actually lead to a very deadly collision for Michelle later this week!

Coronation Street airs weeknights on the ITV network and is available on Britbox in the United States. Check your local listings for times. In the meantime, let us know what you think by leaving us a line with your thoughts in our comments section below.

And as always, don’t forget to check back with Soap Opera Spy for all the latest news, updates and spoilers on Coronation Street and Eastenders and all of your favorite daytime television shows right here!

The Young and the Restless Spoilers: Things Spiral After Nick And Phyllis’ Secret Leaked, Sharon Turns to Rey