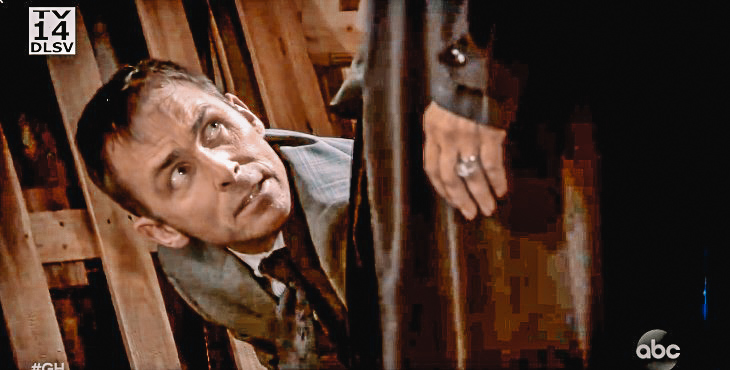 General Hospital spoilers indicate that Port Charles will soon see plenty of exes and enemies in the coming week. As a matter of fact, some old faces are going to be pretty unexpected while other scenes between two exes might be a little too hot for some viewers to handle!

It all begins with the homecoming arrival of Laura Spencer, played by the iconic Genie Francis. She’s back and from what we can tell, she’s better than ever. A new teaser trailer shows her calmly but coolly saying, “Valentin Cassadine (James Patrick Stuart) finally at my feet.”  Laura looks like she’s in control but little does she know that the feeling won’t last forever. That’s because she has no idea that the Kevin (Jon Lindstrom) and Ryan saga is about to flip her world upside down in more ways than one.

Elsewhere, Nelle (Chloe Lanier) shows up on our small screen again. Michael (Chad Duell) visits her behind bars. When she tells her ex that he looks good, he takes one look at her in a jumpsuit and handcuffs and tells her rather bluntly: “You look appropriate.”

But the moment that everyone has been waiting for comes between Sam and Jason. It looks like they’ve finally managed to throw caution to the wind with some very hot and heavy scenes! Clearly, Sam and Jason are finally giving in to their desires with what looks like a very passionate scene between them. It’s without a doubt that Sam and Jason finally realize that they belong together. But for how long is anyone’s guess at this point.