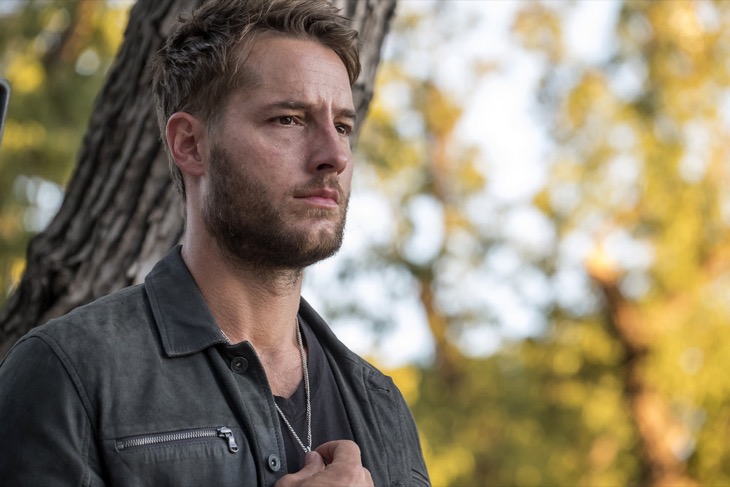 This is Us star Justin Hartley is opening up about his character Kevin Pearson and how he feels about his on screen addiction issues. As a matter of fact, Justin admits that Kevin’s problems are about to get worse, as his career takes a tumble and his relationship with Sophie (played by actress Alexandra Breckinridge) comes to an end.

Everything in Kevin’s life is about to come crashing down as he struggles to hide his addiction to painkillers and alcohol from his family and friends. Justin Hartley even says that it’s been hard seeing his character deal with such a crisis in his life, considering how much he’s been rooting for him this entire time.

Justin told CBS News, “It’s tough. I don’t know if I’ve ever spoken to a person who hasn’t had their lives directly impacted by some kind of an addiction, whether it be alcohol or drugs. I’m glad that we’re able to tackle it in the way we did and tell an honest and compelling story. It’s uncomfortable and it’s hard to watch and hard to deal with, but it’s something people are dealing with every single day.”

The actor also said that he’s proud of how the writers have managed to tell Kevin’ story so honestly, even though it’s not an easy one to watch. And unfortunately, this is only the beginning for Kevin and his problems. “I think we’re going to see a lot more struggles from Kevin in the near future,” he added.

Tell us, what do you think is next for Kevin Pearson on the show? Do you think he is following in his father Jack’s footsteps with his own addiction problems? Will things get worse for Kevin and the rest of the Pearson kids before they get better? Let us know by dropping us a line with your thoughts in our comments section below.

This is Us airs every Tuesday at 9pm EST on the NBC network. Also, don’t forget to check back with Soap Opera Spy for all the latest news, updates and spoilers on This is Us Season 2 and all of your favorite primetime television shows right here.

The Bold and The Beautiful POLL: Who Is The Right Spencer Man For Hope Logan?