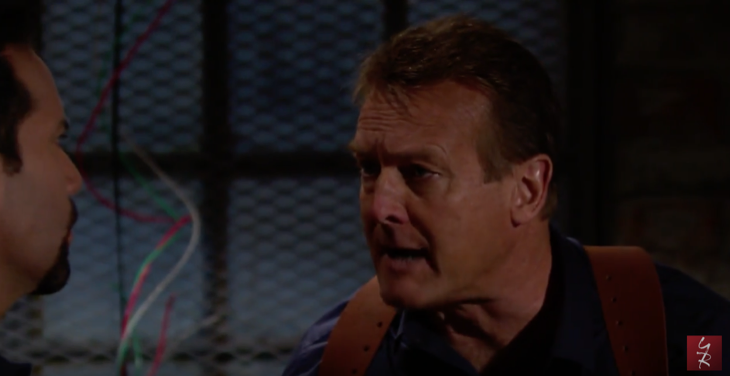 “The Young and the Restless” spoilers for Wednesday, January 25, tease that Victoria (Amelia Heinle) will lash out at Billy (Jason Thompson). At home, Victoria gripes about Billy giving sex advice to Reed (Tristan Lake Leabu). Billy insists that he taught Reed to be responsible.

Victoria feels like she should’ve been given updates on what they talked about. She doesn’t like the fact that Billy is being so casual about all of this. Victoria isn’t sure what to expect when Johnny (Holden and Ryan Hare) and Katie (Sienna Mercuri) are teens. Billy feels like Victoria is attacking his parenting skills. He objects, but she kicks him out.

Reed apologizes for causing more issues and urges Victoria to go easy on Billy. Victoria argues that they have a complicated relationship, but Reed just thinks she’s being mean. Elsewhere, Lauren (Tracey E. Bregman) hangs up with Phyllis (Gina Tognoni). They know Gloria (Judith Chapman) has been working with Jack (Peter Bergman).

Gloria shows up and Lauren rips into her for her sabotage scheme. They bicker over what’s best for Fenmore’s. Lauren grumbles about Gloria’s manipulating and assures her that she has other options besides Jack.

Related: Jack and Lauren Are Good Partners – Synergy Between Jabot and Fenmore’s

At Jabot, Phyllis blasts Jack over his latest plot. She thinks there’s no way Lauren will choose Jack as an investor now. Phyllis rants about how they can’t trust him. Jack contends that Phyllis is in no position to talk about morals.

Once Phyllis leaves, Gloria arrives to fill Jack in on Lauren’s other offers. Jack still feels confident that they’ll make this deal. Phyllis finds Lauren, who insists they won’t have to go with Jack. Lauren makes a phone call and tells her potential investor that she’ll send a car for him once he lands tomorrow.

At the police station, Christine (Laralee Bell) is happy about the news that Fisk (Scott Speiser) has been apprehended. However, she’s still concerned about Dylan. In Miami, Paul (Doug Davidson) tells an officer to get the blood type from the splashes they found. He needs to know what happened to his son.

Paul gets Christine on the phone and suggests that he has a bad feeling about all of this. He wants Chris to meet with Sharon and prepare her for the worst. After Paul hangs up, Fisk is brought in for questioning. Paul demands answers about “Derek,” but Fisk refuses to spill anything. He says he never met the guy.

Paul grabs his weapon and assures Fisk that he’s going to talk. If he doesn’t, he may not make it to the courtroom. Fisk finally admits that he met Derek, but didn’t know he was on an undercover mission. Paul knocks him around a little, but Fisk swears that he didn’t have anything to do with Dylan’s disappearance.

Kevin gives Paul a report on the blood sample. It didn’t match Dylan’s blood type. They ponder other explanations and Paul looks at a bracelet that was found nearby. He later confirms it belonged to Dylan. At the athletic club, Christine tracks down Sharon and informs her that Dylan hasn’t been in touch with them. Sharon immediately panics.

Christine confesses that things don’t look good. Sharon wants to know if Dylan is dead, but Chris can’t confirm either way. She suggests that Paul is getting worried and Sharon heads home sobbing. Mariah tries to cheer Sharon up before she heads to work. Sharon believes this is her punishment for lying about Christian.

Once she’s alone, Sharon is stunned to see Dylan at the door. It looks like Sharon is going to have a comforting fantasy. “The Young and the Restless” fans will be anxious to see the heartfelt scenes ahead. Y&R rumors hint that Sharon will head down an interesting road pretty soon. Stay tuned to see what’s in store.

WATCH: ‘The Young and The Restless’ Preview Video Wednesday, January 25