‘The Young and the Restless’ Spoilers: Jack and Lauren Are Good Partners – Synergy Between Jabot and Fenmore’s 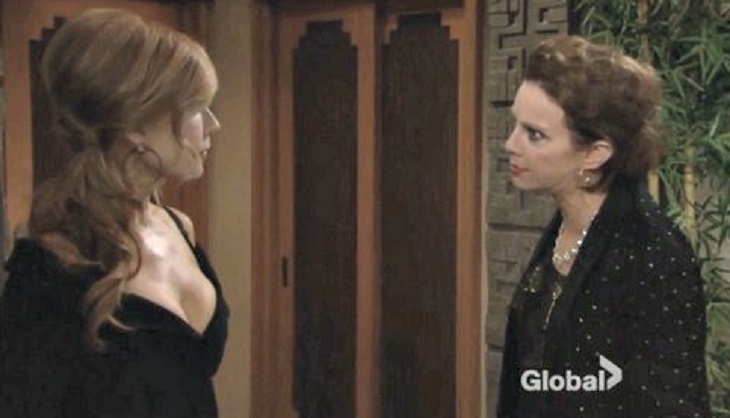 Jack outsmarted Lauren, not because he’s a man and she’s a lady. Mr. Abbott outmaneuvered Mrs. Fenmore-Baldwin because a business opportunity presented itself. Fenmore’s allowed itself to fall behind the times and Jabot pounced. There have been various moments in the past where Jack was in Lauren’s position as well.

The overwhelming amount of viewers who watch Y&R, along with many other soap operas are believed to be female. That seeming fact relates to longstanding societal norms and both gender’s perceptions regarding which forms of entertainment should be viewed.

This author has long enjoyed soap operas for personal reasons that weren’t rooted in the nature of this genre. However, he also equally enjoys professional sports, which previously was seen as being dominated by male supporters. Yet the difference between serialized daytime dramas and professional sports leagues, where the personal stories of many players is the real story, has long been minimal.

Compelling entertainment, be it on CBS and the other broadcast networks during the weekday daytime hours, or a certain ‘Big Game’ that will be played during the first Sunday in February on FOX is comparable. So are the actions of Jack and Lauren.

Two heads of corporate states are leading their teams. One has been doing better than the other recently, in this instance that company is Jabot. However, Lauren has been successfully leading her father’s company for decades because she’s smart and effective.

Both Jack and Lauren admit that computer-related matters, as they are linked to business, aren’t personal strengths. So each employed people to shore up that aspect of their companies. Jack, through Ashley (Eileen Davidson), hired Ravi (Abhi Sinha) and Phyllis (Gina Tognoni) who recently worked for Jabot, made a smart move by offering her technical services to Fenmore’s.

Fenmore’s will survive by allowing Jabot to invest in its company. Lauren is savvy enough to not allow Jack to marginalize her power. Meanwhile, Phyllis and Ravi should form a supercomputing collegial couple that will rival all in the industry when their employers reach a final agreement.

The collaboration between Jabot and Fenmore’s has the potential to help all involved, along with their customers. The strengths inherent within each person and yes, gender are what both sexes continue to grapple with in 2017. Interestingly, that recognition in and of itself also proves equality.