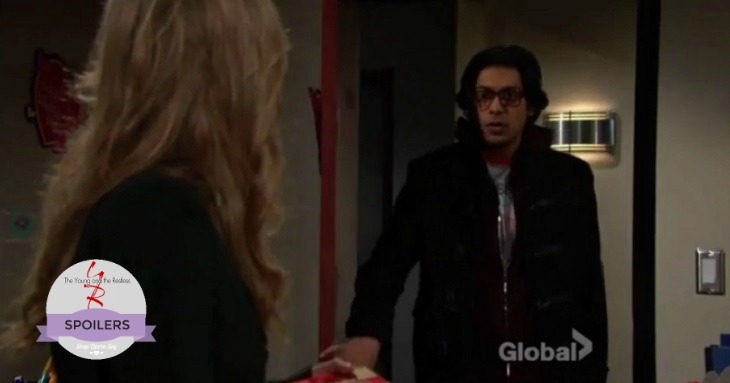 “The Young and the Restless” spoilers for Wednesday, February 15, tease that things could get a little uncomfortable for Ravi (Abhi Sinha). He’ll return to his office to find Ashley (Eileen Davidson) looking at the gift he bought for her. Ravi will probably admit that tossed it after Ashley mentioned she disliked Valentine’s Day.

Ashley and Ravi may have to reevaluate where they stand. Ravi has feelings for Ashley, but she’s been quick to shut him down at every turn. Will seeing Ravi’s present soften Ashley somewhat? There’s a good chance Ashley’s view will start to shift slightly. She may not be interested in beginning a full-fledged relationship with Ravi, but their friendship could reach a deeper level soon.

Related: Jill Gets Shocking News – Lily Walks Out On Cane – Phyllis and Ravi Cause a Stir

Meanwhile, Billy (Jason Thompson) will still seem bitter about his argument with Victoria (Amelia Heinle). She rejected Billy once again and it’s clear that he’s not happy about it. Billy just showed up at The Underground for a chat with Nick (Joshua Morrow). When Billy says he needs a word, Nick will wonder what’s up.

Billy will state that this is about Nick’s sister. He may rant about Victoria keeping him at a distance. Billy wants to be there for Victoria in more ways than one. He’d love to rebuild their relationship, but he wants to support Victoria at the company as well. Billy may think it’ll be tough if Victoria remains so closed off.

Perhaps Billy will ask Nick to talk some sense into Victoria. He might believe Victoria will listen to her brother and lower her walls somewhat. Whatever the case, Nick may be hesitant to meddle.

Y&R fans know that Billy has quite a reputation around town. He’s a bit of a womanizer and Nick may not want to point Victoria back in his direction. Nevertheless, you can bet that Billy and Victoria’s connection will continue to be complicated. There’s no way Victoria is done with Billy forever.

Other “Young and the Restless” spoilers say Jill (Jess Walton) will blow her top. She just discovered that Colin (Tristan Rogers) drained her personal bank accounts. Now Colin is going to face Jill’s wrath. He’ll be surprised when Jill gives him a massive slap across the face.