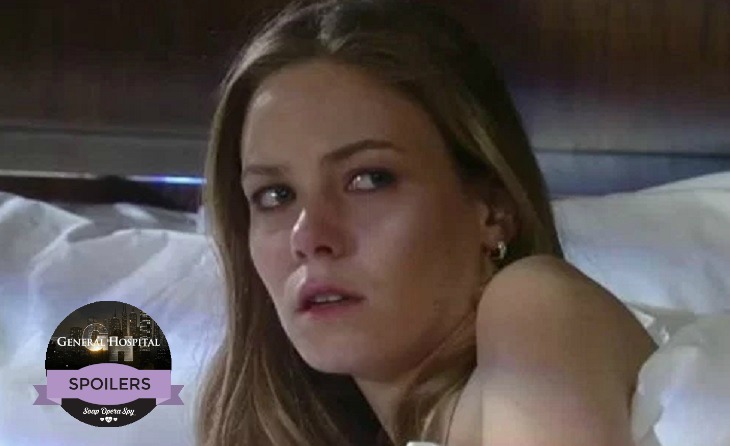 General Hospital (GH) spoilers confirm fans are going to endure a roller coaster of emotions.  Sonny (Maurice Benard) and Carly Corinthos (Laura Wright) are about to discover Nelle Hayes’ (Chloe Lanier) deception, on every level.  There is going to be a lot of confusion and hurt feelings.

Michael Corinthos (Chad Duell) has begun to open his heart after the death of sweet Sabrina Santiago (Teresa Castillo), and sources reveal things are going to get very difficult before there will be any peace and happiness for him, his parents and Nelle.

GH fans have been split on how they feel about Julexis; some feel that after Julian Jerome (William deVry) attempted to slit his wife, Alexis Davis’ (Nancy Lee Grahn) throat, that there is no way he could possibly redeem himself.  Spoilers suggest that once all things are revealed, it might not quite be over for these two.

Fan favorite Jasper “Jax” Jacks (Ingo Rademacher) has been on the tongues of a lot of viewers lately and everyone hopes to see him back soon, and although he could be popping back in Port Charles, don’t expect him to see him back on a full-time basis any time soon.

Related: Will Any GH Stars Follow Ron Carlivati To ‘Days Of Our Lives?’

Beloved General Hospital couple, Jason (Billy Miller) and Samantha Morgan (Kelly Monaco) seem to be settling into married life, excited for the arrival of their baby but viewers need to expect the unexpected when it comes to the Morgan family.  Liv St. John/Jerome (Tonja Walker) is a threat to anyone related to Julian, leaving his daughter, Sam as a potential target.  Only time will tell if the baby survives all the chaos surrounding the Jerome family.

The Nurses Ball has become a huge staple of General Hospital, and we can reassure you it will be returning soon, so be sure to follow up on GH news here on Soap Opera Spy for the dates and details.

Be sure to tune into ABC’s General Hospital (GH) to catch up on all the juicy stories happening now and check Soap Opera Spy often for updates, news, rumors and spoilers!

‘The Bold and the Beautiful’ Spoilers: Spectra And Forrester Rivalry Heats Up – Will Thomas Go Work With Sally?