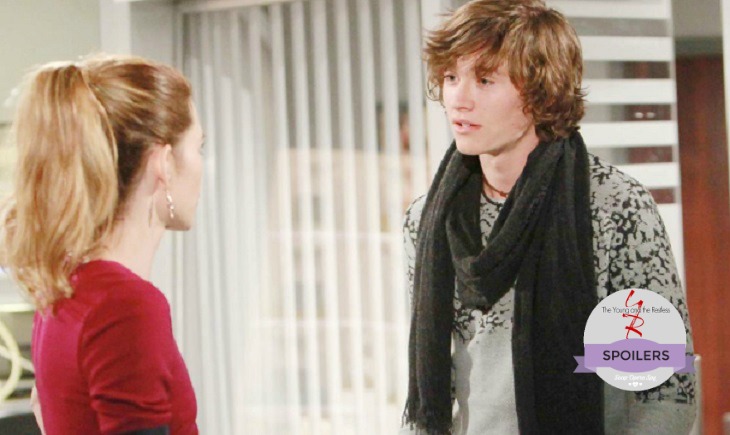 Reed (Tristan Lake Leabu) has obvious talent on ‘The Young and the Restless’. Vickie (Amelia Heinle) doesn’t doubt her son’s interest in music, but wants to protect him from thinking that success will be easily achieved. However, if mom sees her boy perform live both parties will likely reach a middle ground on this issue.

Teenage angst clashing with so-called modern parenting is interesting to see. There is a group of often times self-proclaimed child advocates who appear to subvert adult authority, while regularly claiming the opposite.

Those misguided or intentional souls miss the mark, both historically and in present day.

This issue isn’t about Reed’s talent or Vickie’s desire to inject consistency into her teenager’s life. Instead it’s about juggling two-parent issues when only one parent is around. Cue Billy (Jason Thompson) stage right.

Heinle and Thad Luckinbill (J.T.) are doing well as a married couple in real life. Their Y&R characters weren’t able to maintain the level of self-sacrifice that all solid couples achieve while remaining together or more preferably, married.

However, a former husband is around in this instance and Billy is also Reed’s stepdad. Sorry modernists, Billy didn’t loose that status simply because he and Vickie legally divorced.

An accord between Reed and Vickie might be closer than each person might think. Both real forces, Reed’s love for music and Vickie’s love for him, are nearing a merger point.

Billy smartly showed Vickie Reed’s performance at The Underground. As soon as mom saw it she was impressed with her son. The next step is obviously allowing him to perform at Nick (Joshua Morrow) and Noah’s (Robert Adamson) forthcoming Open Mic Night.

Those who miss the point would question labels. They would say that rock isn’t what’s popular right now and that Reed isn’t a rocker. Middle-age, or older angsters (that is a word, now) might reject the idea that Vickie needs to ever bend.

Those who consider themselves to be open-minded would somehow place Reed on the same level with Vickie. They might be well-intentioned, but would be looking in the wrong direction.

Reed is a musician, a singer and a good-hearted young man. Vickie is strong parent and a compassionate person. Both cool people share genetics and that fact, along with love, will allow them to support each other in the end.