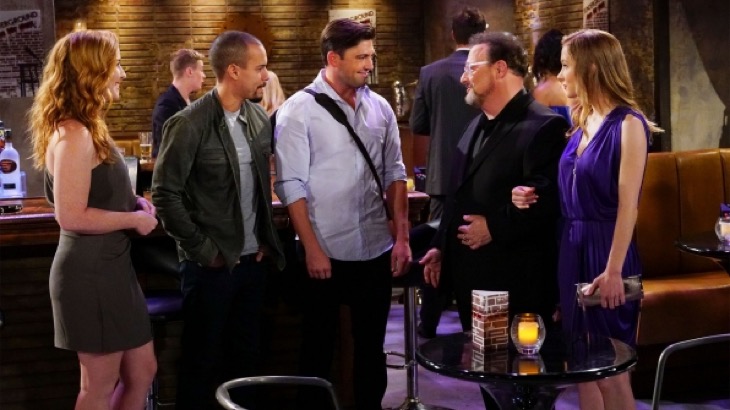 “The Young and the Restless” spoilers for Thursday, September 21, tease that Jordan (Darnell Kirkwood) will stop by to see Lily (Christel Khalil). He’ll probably want to check in and see how her marriage counseling session went. Jordan knows he won’t stand a chance if Lily’s marriage starts to heal, but he could accept that. It’s clear that Jordan cares about Lily and wants her to be happy.

Of course, Jordan has been a bit pushy about making himself an option. Mattie (Lexie Stevenson) has certainly noticed that and she doesn’t approve. “The Young and the Restless” spoilers say Mattie will get snappy with Jordan and Lily on Thursday. She’ll note that her mom made reservations at the club, so Jordan should just go with Lily. Mattie will think that’s what Lily really wants anyway.

After Mattie storms out, Lily may admit that therapy was a disaster. That’s great news for Jordan, but tough news for Mattie. She may be angry with Cane (Daniel Goddard), but she doesn’t like how quickly her mother is moving on. Unfortunately, things will continue to be complicated for this family.

Juliet (Laur Allen) will add to the drama in Thursday’s episode. Y&R spoilers state that Juliet will spend some time with Cane at the Chancellor mansion. He may open up about how much trouble Lily’s having with the pregnancy. That seems to be the biggest hurdle they’re facing right now.

Related: The Young And The Restless Spoilers: Ashley Unraveling Graham’s Web Of Lies

After hearing what Cane has to say, Juliet will make a harsh prediction. She’ll suspect that Cane won’t have the same love for their child as he has for Mattie and Charlie (Noah Alexander Gerry). Cane will be upset about the situation he’s in, but he’ll assure Juliet that their son will be adored. This kid shouldn’t have to pay the price for his parents’ mistakes.

Across town, Wayne Knight will show up as a music promoter named Irv West. He’ll waltz in The Underground with a lovely lady on his arm. After Devon (Bryton James) and Noah (Robert Adamson) greet this hotshot, they’ll mingle with a few other characters. Irv is in Genoa City to see Tessa’s (Cait Fairbanks) performance, but it looks like the gig will take a wrong turn this Friday.