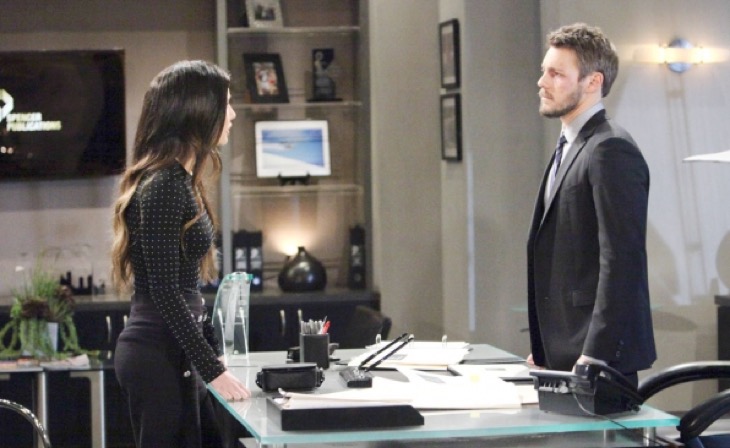 Bill (Don Diamont) knows that Liam (Scott Clifton) has him dead to rights on ‘The Bold and the Beautiful’. So, for the moment, this father is allowing his son to reign. But the compassion Steffy (Jacqueline MacInnes Wood) has shown toward Bill confirms an angle that can be exploited.

Liam believes that he’s fully justified in his actions. Only the most ardent ‘Dollar Bill’ supporters would try to claim that the younger Spencer has wronged his dad, or that Diamont’s character isn’t the full source of his problems.

Ordering a fire at the building where Spectra Fashions operated was a crime. However, Liam didn’t act heroically in having boldly recorded Bill admitting that he told Justin (Aaron Spears) to go ahead with the illegal demolition plan. A true man of honor would have taken that information to the police and also would have told Sally (Courtney Hope) everything.

While Liam is an idealist, he’s also a realist. The Los Angeles Police Department’s response to hearing unlawfully obtained audio information would almost assuredly be to say that it wasn’t admissible court evidence.

Liam blackmailed Bill into stepping down from the CEO’s chair at Spencer Publications. There was no voluntary departure, or implemented succession plan.

Steffy loves her husband, but B&B history enhances perspective. The past romantic link between Wood’s character and Bill appears to have already been softly revived.

If Bill does pursue Steffy, he’ll likely claim that it wasn’t his intent. Whether he’s being honest won’t matter to Liam at whatever point in time that connection is exposed.

Matters of the heart are unique to each person, or daytime character. It wouldn’t be a stretch to project Steffy’s unintended participation in Bill’s revenge game. It could also honestly be projected that Bill may not actually intend to create ‘Dollar Still’ if that couple forms.

The Young and The Restless Gina Tognoni, Amelia Heinle, and Jason Thompson Tease Their Storylines