‘The Young and the Restless’ Spoilers: Genoa City Couples Crash And Burn As ‘Chick’ Gains Momentum 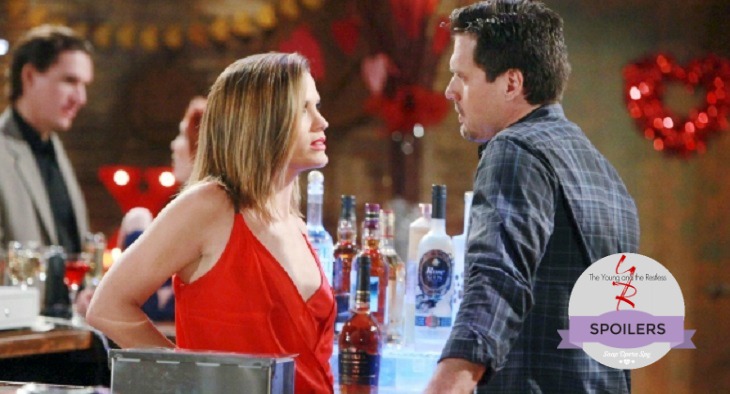 Various Valentine’s Day couples were battling on ‘The Young and the Restless’. But there was one exception. Chelsea (Melissa Claire Egan) and Nick (Joshua Morrow) continued to grow closer and may have crossed over to couple status. Yes, the pairing that has been tagged as ‘Chick’ appears to be ready for flight.

In another scene: Cane (Daniel Goddard) couldn’t stop pouting about his failed business deal. Lily (Christel Khalil) was attempting to enjoy their anniversary meal at the Genoa City Athletic Club, but her husband became unbearable. Stuck in a seeming mind loop, Lily felt forced to tell him to leave their table and head home. Ouch!

Meanwhile over at Brash and Sassy, Billy (Jason Thompson) was weaving in and around love topics with Vickie (Amelia Heinle). She just can’t erase this man from her life and, as he knows, that isn’t only because of their two adorable children. Vickie loves Billy, but remains understandably unwilling to reopen her heart to him.

Vickie doesn’t know it, but just last week Billy impulsively kissed Phyllis (Gina Tognoni) in a Jabot elevator. That came after another verbal tussle with his ex-wife, after which Phyllis told her ex-obsession that he was attempting to use her again. She blocked his advance and took off.

How right the former ‘Red’ was and is. If there’s one thing that both women can agree on it’s that, while charming Billy remains erratic and therefore untrustworthy.

Scene rotation stop at The Underground, where we find Chelsea helping Nick after he learned that one of his bartenders called off work. No problem, the former barmaid donned an apron and wowed the gathered throng with her fluid elixir creations.

The above scene and future situations of that type will allow ‘Chick’ to grow naturally. Viewers know that this couple was pushed together after their spouses died. However, solid writing should allow Y&R fans to give Egan and Morrow an opportunity to succeed. They possess solid soap chops and are exhibiting believable chemistry. So at least one of the couples mentioned was doing well on this romantic day.