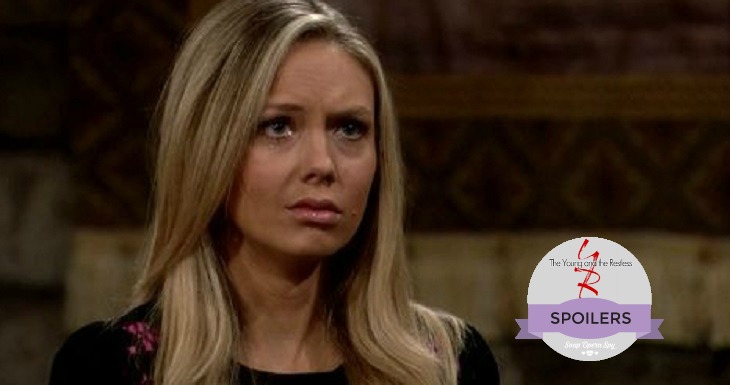 “The Young and the Restless” spoilers for Friday, February 17, tease that Chelsea (Melissa Claire Egan) and Nick (Joshua Morrow) will grow even closer. Their budding romance has definitely been moving forward. They recently shared a goodnight kiss and another smooch is on the way.

Things could get interesting when Faith (Alyvia Alyn Lind) spots their lip lock. She may not like the idea of Nick and Chelsea’s relationship. Ever since Dylan (Steve Burton) left, Sharon (Sharon Case) has been struggling. Faith may believe Nick is the only one who can help her mom out of her depression.

In other words, Faith might do some matchmaking. If anyone can bring Nick and Sharon back together, it’s Faith. She tends to get what she wants. Of course, Faith will face some resistance from Nick. He’s been adamant that a “Shick” reunion isn’t going to happen.

However, old flames never really burn out on “The Young and the Restless.” There’s always hope for Sharon and Nick’s future. Y&R rumors hint that we’ll see some warm moments between them down the road. Stay tuned to see what’s in store.

In the meantime, Abby (Melissa Ordway) will try to protect her role at Newman Enterprises. Victor (Eric Braeden) is hoping that Abby can follow in his footsteps. He’s preparing Abby to take over the company someday. Victor seems pleased with the progress Abby is making, but she’ll still be worried about Victoria (Amelia Heinle).

Victoria will make a comment that leaves Abby questioning her sister’s true desires. Friday’s preview video shows Victoria saying, “You can rest well knowing I won’t be coming after your job at Newman…or will I?” Poor Abby will be a nervous wreck if Victoria keeps this up. Let’s hope Victoria has enough on her plate with all the Brash and Sassy drama.

Other “Young and the Restless” spoilers say Billy (Jason Thompson) will lay down the law. He’ll insist that Colin (Tristan Rogers) needs to steer clear of Jill (Jess Walton). Billy will contend that their marriage is over.

Naturally, Colin won’t accept that. He’ll feel confident that he can repair the damage if he can just get Jill to talk to him. We’ll give you updates as more news comes in. Stick with Y&R and don’t forget to check Soap Opera Spy often for the latest “Young and the Restless” spoilers, rumors, updates and news.

‘The Bold and the Beautiful’ Spoilers: Thomas Flirts With Sally Spectra – Steffy Confronts Rival At Wedding

‘The Young and the Restless’ Spoilers: Victoria Hands Jill Massive Check – Cane Boxed Out of Brash and Sassy