‘The Young And The Restless’ Spoilers: Chelsea And Nick Sneak Around, Attempt To Keep Sexual Relationship A Secret 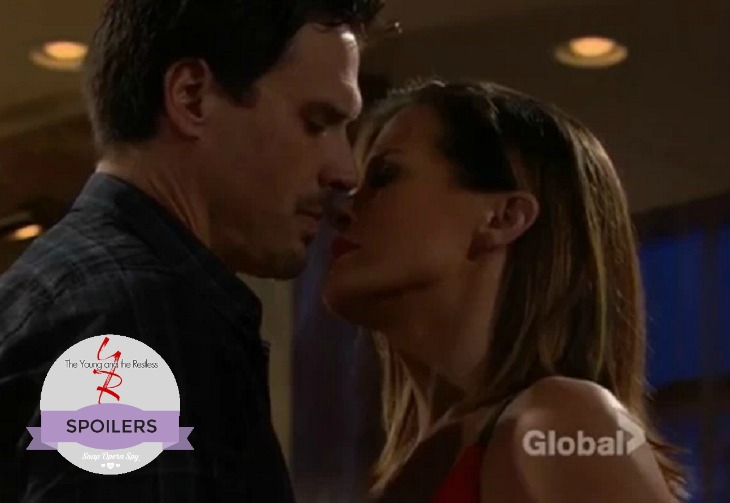 The Young and the Restless (Y&R) has never shied away from making in-laws into lovers, Sharon McAvoy (Sharon Case) being the most obvious example; but somehow the coupling of Nick Newman (Joshua Morrow) and Chelsea Lawson Newman (Melissa Claire Egan) has a different vibe to it.

On New Year’s Eve, Nick and Chelsea were spending a quiet evening at home with their children; but when midnight struck they kissed but put on the brakes before it went further than either was ready for. Chelsea was deeply mourning the death of her husband and Nick’s half-brother, Adam (Justin Hartley) while Nick hasn’t gotten over the tragic death of his wife, Sage (Kelly Sullivan).

Related: Kevin Risks It All For Scotty – Did He Just Help Save Bella’s Real Dad?

Of course any fan of The Young and the Restless knows how pushy the Newman clan can be; Nick’s older sister, Victoria (Amelia Heinle) has been very approving and encouraging of Nick’s interest in Chelsea and pushes him to pursue her; at the same time, Chelsea is getting a shove of her own from her BFF Chloe Mitchell (Elizabeth Hendrickson).

Y&R’s Chelsea and Nick have been friends for a long time now, and before Adam died in the cabin explosion he had promised to always take care of his wife and son, Connor. They are a couple, fans can invest in, as long as Chelsea is able to keep her mouth shut about the secret that could shatter Nick’s life.

Over the past few months, viewers have watched as they have gone out on awkward dates, one of them including the entire Newman family; but it is obvious to everyone around them that their chemistry is undeniable.

Spoilers reveal that something really sweet happens before they end up making love. Both in their own silence acknowledge that it is time to move on, and remove their wedding rings, accepting that those chapters in their lives are closed. Neither of them wakes up with remorse from the night before, but choose to keep their new relationship to themselves, feeling people can choose to believe what they want.

Related: Cooking with the Young and the Restless

Y&R sources say they are going to be sneaking around behind people’s backs, they just want it to happen naturally. Of course they will have to contend with Nick’s daughter, Faith (Alyvia Alyn Lind) who is determined to reunite her father with her mother, Sharon; but Nick promises once Faith sees how happy he is with Chelsea; she will accept it; but one has to wonder about Faith’s antics in the meantime.

Be sure to tune int CBS’ The Young and the Restless (Y&R) to catch up on this blossoming romance as well as all the other exciting stories happening right now. Check Soap Opera Spy often for Y&R updates, news, rumors and spoilers!