‘The Young and the Restless’ Spoilers: Kevin Risks It All For Scotty – Did He Just Help Save Bella’s Real Dad? 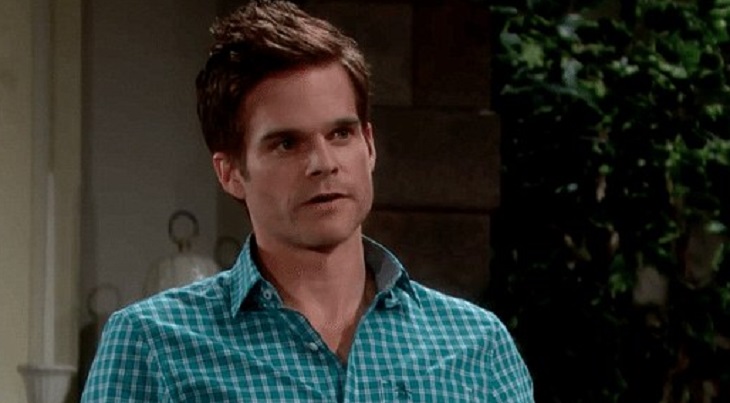 Kevin (Greg Rikaart) embraced Paul’s (Doug Davidson) request on ‘The Young and the Restless’. By agreeing to put his life in danger, Kevin was attempting to rescue his friend and Lauren’s (Tracey Bregman) son. Chloe (Elizabeth Hendrickson) knows better than anyone that Bella’s (Cali May Kinder) protector has delivered again.

It was natural for Kevin to believe that he could be Bella’s father. Chloe’s return to Genoa City last year and the age of her second-born daughter fit with the timing of ‘Khloe’s’ last encounter.

However, paternity test results seemed to confirm that Kevin wasn’t a dad. Yet that didn’t stop him from loving Chloe’s little girl and now serving as her protector.

Good guys don’t finish last, that’s pure propaganda schemers try to make their marks believe as they manipulate them. In this instance Kevin reformed his life and now works for the GC Police Department. He’s translated his criminal past into community improvement efforts.

The reintroduction of one of Kevin’s former roommates has Daniel Hall assuming the role of Scotty. Long-time Y&R viewers recall that Lauren had her first-born son with the late Scott Grainger (Peter Barton). That character’s name and the child he fathered are both linked to iconic arcs that involved Sheila (played by the great Kimberlin Brown) during Y&R’s heyday.

Scott’s return to town certainly won’t simply involve his work as a journalist. Though a job match at GC Buzz would make sense in the modern world. Instead, it’s plausible to believe that this revived character could be Bella’s dad.

Yes, all logical signs indicate that Billy (Jason Thompson) is Bella’s biological father. Many of Chloe’s past actions and words appear to confirm this point that’s being withheld from everyone in Wisconsin. However a head-fake to Scotty would allow for numerous plot possibilities and give Hall plenty of room to grow within the cast.

One assumes that, like Kevin, Scotty will prove to be a decent guy. If that’s the case and he’s also Bella’s father, ‘Khloe’s’ resonance could be curtailed. Though with Chloe viewers never know what direction she’ll take, or what trouble she’ll cause. Those who recoil at that last statement should ask Adam (Justin Hartley and to be played by another actor someday) what he thinks when he also returns, eventually.