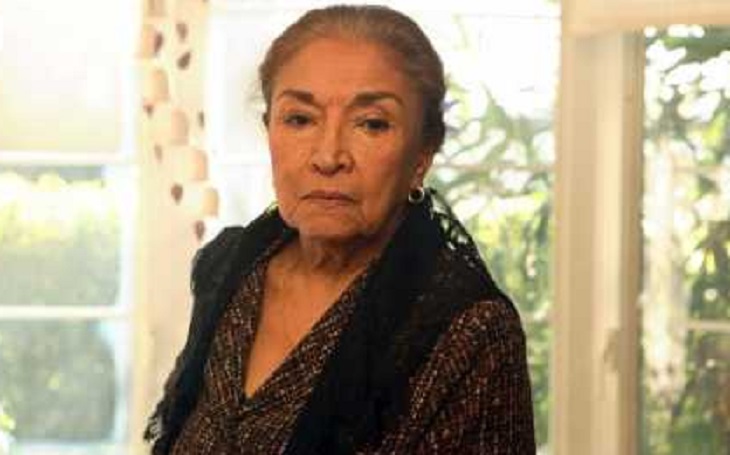 There’s sad news to report today in the world of daytime drama, another veteran actor has died. Miriam Colon, who starred on, “Guiding Light,” from 1999-2002 as Maria Santos, passed away March 3. She was 80-years old.

Current, “Days of Our Lives,” star Jordi Vilasuso (Dario Hernandez) acknowledged Colon’s passing on Instagram: “RIP #MiriamColon my Guiding Light abuela who was an amazing force on screen and off. Thank you for your example, generosity, and inspiration!”

Jordi portrayed Tony, Maria’s grandson, on the now-defunct soap. According to her husband, Fred Valle, Colon’s death was preceded by complications from a pulmonary infection. She died Friday at a New York hospital.

Colon was born in Puerto Rico and began her Hollywood acting career in the 1950’s. The prolific actress appeared in nearly 100 films and in over 250 television episodes.

She is perhaps best known for her role in the 1983 movie “Scarface,” in which she played opposite Al Pacino. Colon portrayed Pacino’s Cuban-American mother.

Colon was awarded the National Medal of Arts in 2015. She received the prestigious award from President Barack Obama, who presented the award for her achievements as an actress and a theater founder.

She founded the Puerto Rican Traveling Theater in 1967 in New York. She is survived by her husband of more than 40 years, Fred Valle.

‘The Young and the Restless’ Spoilers: Kevin Risks It All For Scotty – Did He Just Help Save Bella’s Real Dad?

‘The Young And The Restless’ Spoilers: Chelsea And Nick Sneak Around, Attempt To Keep Sexual Relationship A Secret