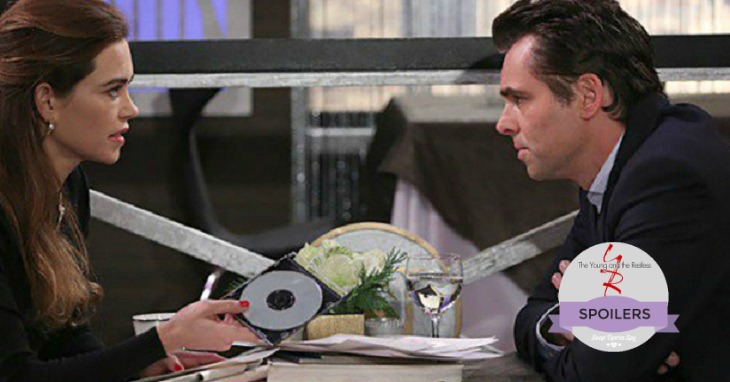 If Vickie (Amelia Heinle) can forgive Billy (Jason Thompson) on ‘The Young and the Restless’, then counter opinions really don’t matter. The love two people share makes all outside observers naive. Yes, recent events appear to have allowed Vickie to see once again who William Abbott truly is inside.

Genoa City believes that it knows what’s best for Victoria Newman. Opinionated wisdom spit at a strong woman who has and will decide for herself how she lives her life. And if that includes Billy one more time, then so be it soap world!

Related: Victoria Gets a Shock – Reed Learns Surprising News – Nikki Has a Request for Sharon

Christian Miller (Eric Braeden) tags Mr. Abbott with a condescending nickname, Billy-boy. Yet good old Chris changed his own name to become a new man years ago. Victor has lived such a pristine life, never having made any mistakes. Yeah right, he’s played the phony so many times viewers stopped counting back in the 1990’s.

Detractors will counter by citing chapter and secular verse that cites every one of Billy’s supposed screw ups. Business matters, personal issues and family conflicts. Of course, they’ll also scream about what he recently did to his brother, Saint Jack (Peter Bergman) as well.

So what about ‘Philly’? Well, does it take one to tango or two? Phyllis (Gina Tognoni) has admitted that she was just as much to blame for that scenario as Billy. So, again outside observers wouldn’t know more about that misguided pairing then the pairing would itself.

Look, no one is saying that the past can be forgotten, or that it doesn’t offer potential indicators of the future. But when Vickie goes to GC Memorial, makes her way to intensive care and sees Billy tell his mom that if she overcomes her heart attack he’ll be a better son, well all Billy bashers look small.

Those who claim to support strong women can project a character flaw if that backing comes with conditioned opinions. These personality types won’t hold back about offering their half-baked take on whatever aspect of life they believe said woman needs their help with.

Vickie, continue making your own choices. You are a terrific mother, business leader and person in general. Those who believe in you and reject the notion that all men (everywhere) are bad, respect your decisions as you live your life.