‘The Young and the Restless’ Spoilers: Abby and Victoria Succeed – Victor’s Guidance Makes A Difference 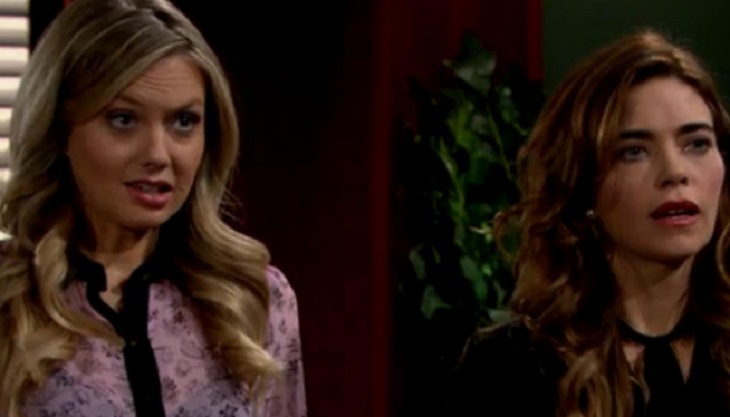 Abby (Melissa Ordway) and Vickie (Amelia Heinle) recognized the importance of their father’s influence on ‘The Young and the Restless’. Each Newman heir has benefited from Victor’s (Eric Braeden) guidance, along with his love. While mistakes were made in the past by all parties, a strong fatherly presence surely can’t be denied.

Victor always intended for his children to take over Newman Enterprises. There have been many stops and starts along the way for each of his offspring, as business and personal matters often made for challenging relationships. Vickie and Nick (Joshua Morrow) came and left Newman Towers an uncountable number of times. However, those episodes didn’t prevent Victor’s female namesake from taking her dad’s advice.

Jill (Jess Walton) drew Vickie back to Brash and Sassy as part of an initial three-pronged leadership committee structure. That three-headed monster proved to be as tangled as the prior explanation of it was to create. Jill’s subsequent impulse sale of the company then recently played into Vickie’s hands.

After first choosing to accept Jill’s terms Vickie spoke with Victor, telling him that she was going to become one-third owner of the company she used to head when it was a Newman division. The ‘Moustache’ responded by telling her to buy Jill out entirely, to which Vickie agreed.

Abby’s surprising rise to the top of Newman Enterprises might mean that Victor has found his heir after all. While it’s still to early to know for sure, his second-born daughter has her heart in the business and doesn’t take her dad’s advice as meddling. That sets her apart from Vickie, Nick and Adam (most recently played by Justin Hartley).

Related: Jill Gets Shocking News – Lily Walks Out On Cane – Phyllis and Ravi Cause a Stir

Vickie appears primed to lead Brash and Sassy once again. Abby has been given significant leeway by Victor to run the show at Newman, with modest mentoring available when needed. Both developments enabled each sister to tell the other that their father’s influence has been beneficial. They also see the wisdom behind most of Victor’s methods now that he appears to be settling into his retirement years.

‘General Hospital’ News: Tonja Walker Wants To Stay On GH, How Long Will Olivia Jerome Be In Port Charles?

The Young and the Restless Spoilers: Jill In Crisis, Rushed To Hospital After Learning Colin Emptied Bank Account