‘General Hospital’ News: Tonja Walker Wants To Stay On GH, How Long Will Olivia Jerome Be In Port Charles? 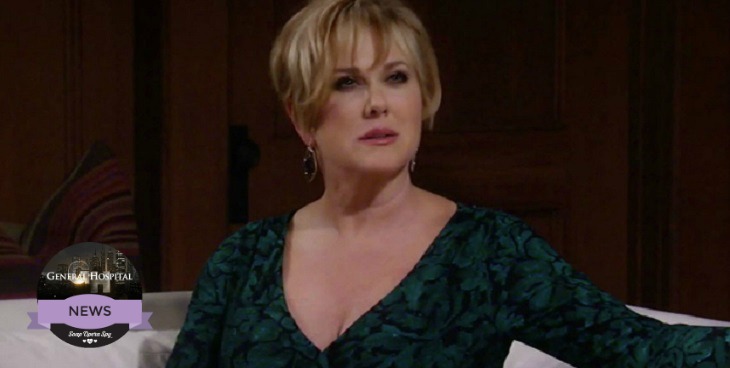 Just like her onscreen character, “General Hospital’s,” Tonja Walker (Olivia Jerome) has no problem speaking her mind! Walker recently announced that her stint in Port Charles is winding down, and since then she’s been very vocal in her desire to stay on as the villainous mobstress with a heart of steel.

Walker spilled the beans about her departure on her website, telling fans that Olivia will be around, “through mid-March.” She also shared details about her personal life, stating that her daughter will be heading to college soon.

It seems that the soon-to-be empty nester would rather be on a soap than sit at home watching one! Walker further dished that she’s, “ready to go back to television full-time.”

In a move that would make emboldened Olivia proud, Walker has enthusiastically encouraged her fan base to advocate for her to remain on at GH.

She even told ABC Soaps in Depth, that she feels nothing but gratitude for the latest opportunity to reinvigorate Olivia Jerome after 20 odd years, and, “I hope people love it and write in to the show.”

What do you think, GH fans? Would you like to see Olivia Jerome extend her stay in Port Charles? GH spoilers tease that Olivia and her arch enemy Anna (Finola Hughes) are on a collision course for an unhappy reunion any day now. Once the angsty fireworks are over, does Olivia have a reason to stick around?

Tell us what you think in the comments section below!

‘The Bold and the Beautiful’ Spoilers: Spectra And Forrester Rivalry Heats Up – Will Thomas Go Work With Sally?

‘The Young and the Restless’ Spoilers: Abby and Victoria Succeed – Victor’s Guidance Makes A Difference