‘The Young and the Restless’ POLL: Do You Want A Nick and Sharon Reunion? VOTE! 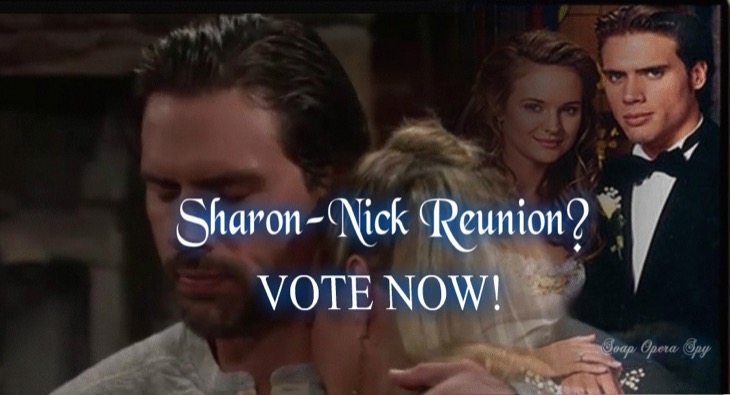 The Young and the Restless (Y&R) Nicholas Newman (Joshua Morrow) and Sharon McAvoy (Sharon Case) have been lovers, spouses, friends and enemies since Sharon arrived in Genoa City in 1994. They have been the couple everyone loved and everyone despised. We celebrated in their love and mourned with them when they lost their beloved Cassie (Camryn Grimes). Fans are deeply invested in their relationship.

Sharon was the girl who came from the wrong side of town who fell in love with the rich preppy boy, who had the world at his feet. Their love has been celebrated by many Y&R fans for the past 22 years. It started as a love story made in heaven but ended as a couple going through hell.

It would be the most natural thing for Y&R’s Sharon and Nick to lean on each other and inevitable for them to reunite but is it really feasible? Both have had their share of scandals and affairs, but is Nick really able to forgive Sharon for the biggest lie ever; keeping Sully for a full year, knowing he was Nick and his deceased wife, Sage’s (Kelly Sullivan) son, Christian?

Sharon has done a lot of dastardly things, including messing with Summer’s DNA test but somehow Nick and Sharon continue to be drawn to each other. With Sage dead and Dylan on an undercover assignment, virtually walking away from his marriage, its no wonder they reunite in grief and fear. Sharon has always been safe with Nick, in spite of all her misdeeds.

On the flip side, Nick has become very close to sister-in-law, Chelsea Newman (Melissa Claire Egan), but before it got any deeper both decide they are better as friends. Is this relationship over? It could get interesting to see Chelsea and Sharon fighting over the same man again.

The Young and the Restless’ Nick admits that he is very lonely and is overwhelmed in raising his young son by himself, so when Sharon arrives devastated and worried about her husband, Dylan McAvoy (Steve Burton); it only makes sense for her to be comforted by Nick. Sharon may have kept him from Christian, but she is the only mother he knows, this alone could tie them back together.

In spite of everything, there is no denying that they still deeply care about each other; and with the history they have, who could blame them if they became a couple again? When people say true love never dies, could this include Nick and Sharon?

How do you feel about Nick and Sharon, do you want to see them rekindle their relationship? Please take this poll and let us know what you think. Be sure to tune into CBS’ The Young and the Restless (Y&R) to catch up on what Nick and Sharon are up to. Check Soap Opera Spy often for updates, news, rumors and spoilers!