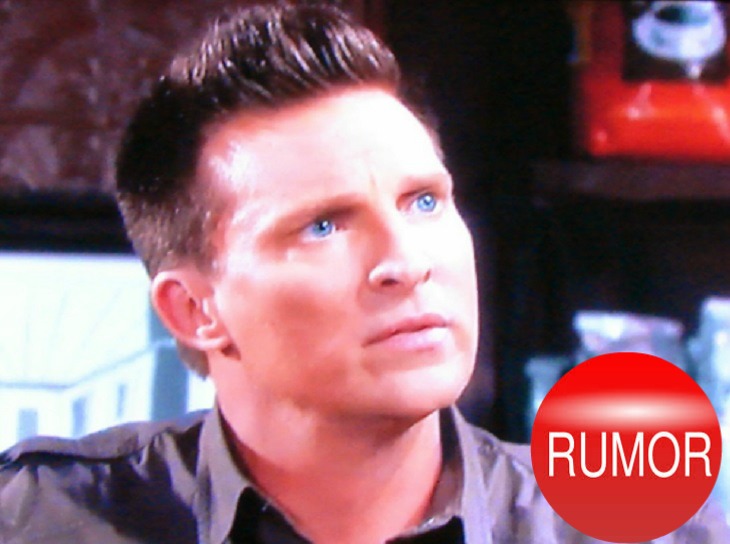 Dylan (Steve Burton) will meet two fates on ‘The Young and the Restless’. One outcome will be initially believed by the residents of Genoa City. But his true fate will only be known by the viewing audience.

A write-out that’s both realistic and comforting will be offered to Y&R fans this month. In order to infiltrate the operation of Luther Fisk (no actor has been confirmed as playing this role), Dylan will need more than a few weeks to work undercover. So he’ll be staying in Miami indefinitely.

But that’s not what Paul (Doug Davidson) and Christine (Lauralee Bell) will believe. Evidence will indicate that Dylan was killed, which will be passed on to his family and friends.

When, or whether Paul and Christine are contacted by Dylan won’t be initially confirmed in the script.

Dylan won’t necessarily want his family and friends to think he’s died. However, he’ll move into far deeper cover within Fisk’s operation and seemingly disappear. Dylan will convince himself that he’s merely doing his job, as this character’s on-screen time reaches an open end.

The fans will be shown what really happens during this attempted drug sting. So there won’t be the anticipated sad farewell to a well-liked character. Knowing that Dylan was last seen alive will also allow fans to believe that he can return at some future point.

Savvy viewers are aware that Burton provided his voluntary resignation last fall. He filmed his final scenes, which are playing out now, in December. The positive nature of his departure naturally allows for a return to Y&R’s cast if the actor and the show are mutually interested.

Of course the shock of losing her husband will devastate Sharon (Sharon Case). Her perceived loss will push Mrs. McAvoy into Nick (Joshua Morrow) and Chelsea’s (Melissa Claire Egan) category as a spouse-griever. This development will also open the possibility that ‘Shick’ could supplant ‘Chick’ as the next super couple in Wisconsin. But that is a different issue for another digital day.

‘The Young and the Restless’ Spoilers: Victoria Pounces On Billy Again – Princess Needs To Acknowledge Reality