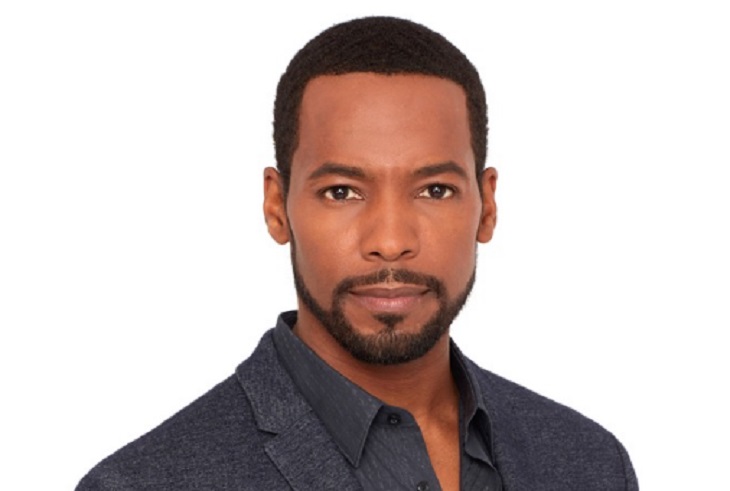 When we see our favorite soap actors on television day after day, week after week, it’s easy to think of them as the crusading characters that they portray: a doctor, a cop, an attorney. So it’s refreshing to hear, “General Hospital’s” Anthony Montgomery (Andre) share how he’s human, too, just like the rest of us!

Unfortunately for Montgomery, he recently underwent a long overdue knee surgery. But the good news is that he came through with flying colors, and even had a sense of humor about the whole thing.

The actor recently revealed in Soaps In Depth Magazine that although he had been in pain, and physical therapy, for months, he kept putting off the inevitable.

It wasn’t until October, while celebrating Halloween with his son, that Montgomery finally admitted to himself that drastic times call for drastic measures. He found himself unable to bend down to take a photo of his son, and in trying to do so experienced some of the worst pain he’s felt in his life.

So Montgomery, a martial arts enthusiast, gritted his teeth, and then and there made an appointment to have the surgery. Luckily for him, GH was on its holiday production schedule, so the surgery didn’t interfere with taping.

Related: Franco is Missing – Liz Worries About His Safety

Because the show didn’t tape for almost a month, Montgomery had plenty of time to rest and recuperate. According to the actor he had a sprained MCI and a partially torn meniscus—ouch, we feel your pain, Anthony!

We’re glad to hear that Montgomery is on the mend; remember, he’s not a doctor in real life, he just plays one on TV!

GH fans, tell us what you think is in store for Montgomery’s character, Dr. Andre Maddox, in the comments section below!

‘The Young and the Restless’ POLL: Do You Want A Nick and Sharon Reunion? VOTE!