‘The Young and the Restless’ News: ‘This Is Us’ Wins People’s Choice Award – Justin Hartley Thanks Fans 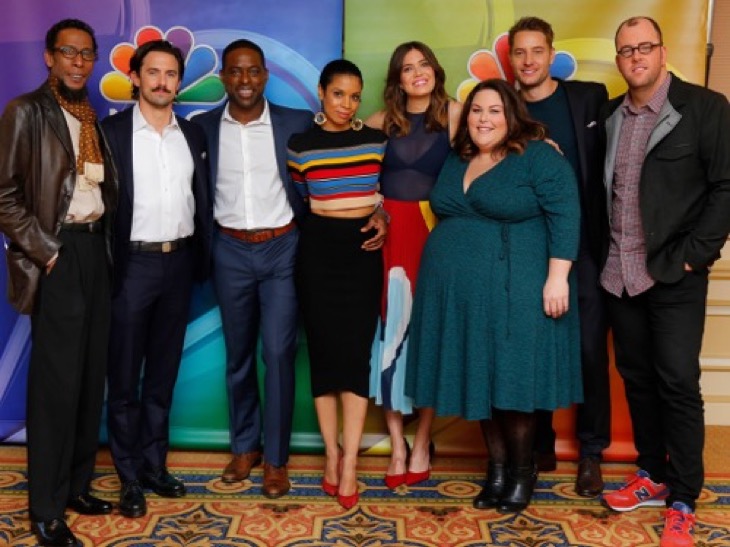 ‘The Young and the Restless’ fans hoped Justin Hartley would return as Adam Newman but those hopes have been dashed. ‘This is Us,’ the NBC drama in which Hartley portrays Kevin Pearson, was just renewed for season two and season three.

‘This is Us’ also just took home the People’s Choice Award for Best New Drama, which makes it even more unlikely that ‘Y&R’ viewers will see Hartley return to the daytime drama. Hartley took to Twitter to thank everyone for making the heartwarming NBC drama a major success.

Thanks to all people!!!! Thanks for voting #ThisIsUs. @peopleschoice best new drama!!
Many many thanks to you beauties.

“Thanks to all people!!!! Thanks for voting #ThisIsUs @peopleschoice best new drama!! Many many thanks to you beauties.” Hartley tweeted. Justin also celebrated with his cast members in a video clip shared by creator and showrunner Dan Fogelman.

Related: Tristan Rogers Back On Y&R – Is Colin Back To Cause Trouble?

NBC has ordered 36 episodes of ‘This is Us,’ each season consisting of 18 episodes that will continue to follow the Pearson family through flashbacks and in real time. Mandy Moore [Rebecca], Milo Ventimiglia [Jack], Sterling K. Brown [Randall] and Chrissy Metz [Kate] were thrilled to hear the news that the drama has been picked up for not only season two, but season three.

At some point ‘This is Us’ will need to tell the story of Jack’s death. During the 2017 TV Critics’ Association tour creator Dan Fogelman revealed that the episode airing Tuesday, January 24 “is a big episode. Next week is a big week, and then we have a while to go in the big picture.”

While Justin Hartley celebrates ‘This is Us’ two season renewal and the People’s Choice Award for Favorite New Drama, ‘The Young and the Restless’ fans wonder what will happen with Chelsea Newman {Melissa Claire Egan] if there is no hope that Adam will return from the dead.

‘The Young and the Restless’ spoilers tease that there are going to be big cast changes happening on the daytime drama. One of the biggest rumors is that Michael Muhney will return as Adam Newman. ‘Y&R’ viewers have campaigned hard to get their favorite Adam back in Genoa City.

Muhney addressed the fans outpouring of support, thanking them profusely. There still has been no word on what will happen with Adam, but get ready for drama during the winter sweeps.

If you haven’t already, tune in Tuesday nights at 8 p.m. and watch ‘This is Us’ on NBC. The People’s Choice Favorite New Drama will be around for a while, so get caught up now.

‘The Young and The Restless’ Spoilers: Gloria’s Sabotage Backfires – Lauren Gets Outside Help, Outsmarts Jack