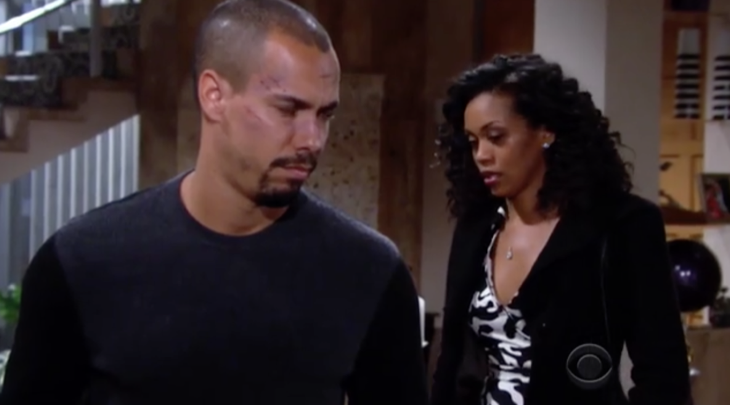 “The Young and the Restless” spoilers for Tuesday, January 24, tease that Lily (Christel Khalil) will feel like she’s getting a weird vibe from Cane (Daniel Goddard). He won’t seem happy about the news that she’s modeling again. Cane might deny it or he may blurt out his true feelings. Either way, there’s sure to be some conflict.

Lily likes the idea of getting back in the game. She really enjoyed her recent photoshoot for Brash and Sassy. Now that Lily has had another taste of modeling, she won’t want to give it up. It’s not clear why Cane is against it, but he’ll have his reasons. Y&R spoilers suggest that this will continue to be an issue in the coming weeks.

Meanwhile, Hilary (Mishael Morgan) will determine that the damage to her relationship can’t be repaired. Devon (Byrton James) was livid when he realized Hilary had been lying to him. She always piles deception on top of deception. Hilary typically manipulates every situation to get what she wants.

However, it appears Hilary finally understands how much pain she’s caused. After agreeing to let Devon go, Hilary will wallow in her despair. She’ll open up to Chelsea (Melissa Claire Egan) about messing up her marriage. Chelsea will point out that couples have trouble all the time. She’ll believe this can be fixed.

Hilary will contend that things are different now. She’ll feel like the scars are permanent. Chelsea will offer support, but Hilary won’t be soothed. This is just something she’ll have to work through. Hilary will try to make peace with the fact that Devon doesn’t want her in his life.

Of course, soaps are fond of second chances. Hilary has already had a million of them, but Devon just might give her one more. “The Young and the Restless” rumors hint that Devon will soon have doubts about turning his back on Hilary. He may change his mind about divorcing her down the road.

Other Y&R spoilers state that Reed (Tristan Lake Leabu) will bring a girl home. His classmate, Zoey (Annalisa Cochrane), will be making out with him on the couch when Victoria (Amelia Heinle) walks in. Busted! Victoria’s eyes will widen as she demands an explanation.