‘The Young and The Restless’ Spoilers: Gloria’s Sabotage Backfires – Lauren Gets Outside Help, Outsmarts Jack 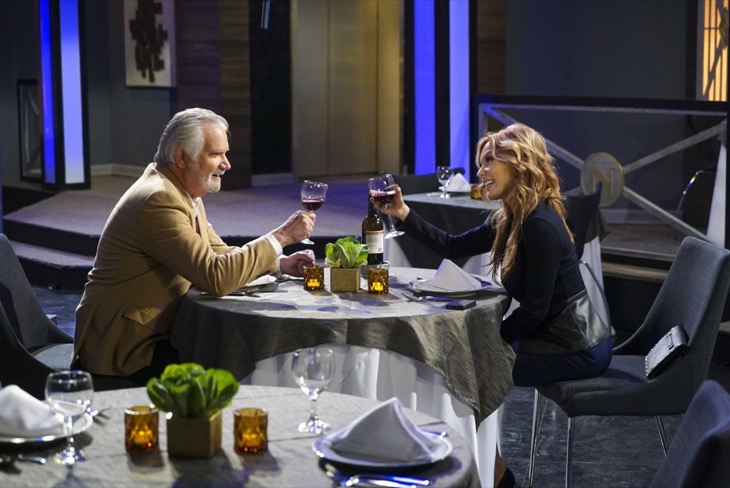 We have all recently witnessed on “The Young and the Restless” Lauren Baldwin’s (Tracey Bregman) company in financial distress. Now it appears all that is about to change.

Y&R spoilers indicate that Lauren learns that Jack Abbott (Peter Bergman) has been sabotaging her efforts to find an investor and decides to take action. Lauren Baldwin and Phyllis Abbott (Gina Tognoni) come up with a plan to thwart Jack’s efforts. They decide to bring in the big guns. Not only do they learn of Jack’s involvements, but Gloria’s too.

Related: ‘This Is Us’ Wins People’s Choice Award – Justin Hartley Thanks Fans

Y&R’s Lauren Baldwin decides she needs to bring in an ally that would not bring in their personal agenda into the scenario, so she looks outside of Genoa City. However, Gloria tells Jack that Lauren has figured out everything, but he still believes he has got her where he wants her. Needless to say that is not the case.

Jack Abbott spies on Lauren while she is on the phone and becomes curious to what she is up too. Little does he know, she has called on an old flame to help her out. B&B Eric Forrester (John McCook) will arrive in Genoa City and his presence alone will send a message that Lauren means business. If they can play dirty, well so can she. So this will definitely put a damper on Jack’s plan of taking over Fenmore’s.

So Y&R fans are you ready to see Lauren stick it to Jack and Gloria? Stay tuned to CBS’s “The Young and the Restless” to see how this all unfolds. Don’t forget to check often with Soap Opera Spy for all your latest Young and Restless spoilers, news, updates, and much more.

‘The Young and the Restless’ News: ‘This Is Us’ Wins People’s Choice Award – Justin Hartley Thanks Fans