The Walking Dead Season 8 Spoilers: What Happened to Morales to Make Him Turn into a Savior? 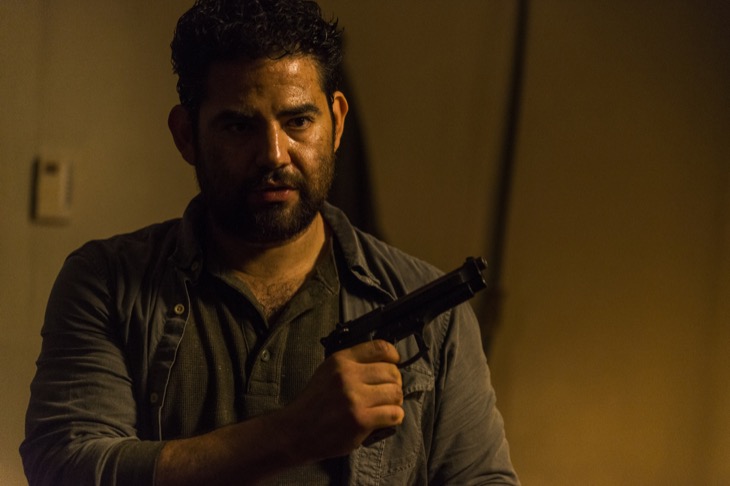 “The Walking Dead” season 8 spoilers teased a shocking return. That was explained last Sunday when Rick Grimes (Andrew Lincoln) faced someone from the very first season of the show. That individual turned out to be Morales (Juan Pablo Pareja.) He is a different man these days, but what turned him into a mean and menacing member of the Saviors?

In an interview with Entertainment Weekly, the actor could not reveal those secrets. However, fans were assured that Morales’ story will be played out in future episodes in season 8. For him to appear so bitter, though, something horrible must have happened to him.

“The Walking Dead” spoilers reveal that the last time Morales was seen, he had a family with him. A wife and children, who were headed to Birmingham, Alabama instead of the CDC in Atlanta. In the very last scene, Rick asked Morales if he was sure, to which the Latino assured the sheriff that he was. They wanted to be with their family.

Because they are still in Georgia, it appears that Morales and his family never made it out of the state. Like Rick, it seems that Morales has lost a great deal. Like so many other survivors, he has been forced to make difficult decisions to survive. Add to that having to deal with Negan (Jeffrey Dean Morgan) and the Saviors, who knows what his mental state is like right now.

Some fans predict that Morales lost his family in “The Walking Dead.” This would explain his anger. That may or may not be true, but one thing is for sure: Morales is one of the Saviors and is no friend to Rick Grimes. At least, not right now.

Depending on his story and circumstances, he could end up changing his mind.

With Negan, he has a way of forcing people to side with him, give him a portion of their goods or die a horrible death. Sometimes, Negan will kill loved ones to make his point. Is this what happened with Morales? Or has he been with Negan so long that he really believes that Rick is a ZA terrorist?

What do you think happened to make Morales into the man that we see now? Keep watching the AMC series and check back with Soap Opera Spy for the latest in “The Walking Dead” spoilers, updates and news.

Days of Our Lives (DOOL) Spoilers: Paul Sees Will – Keeps it a Secret – Christopher Sean Reveals Why