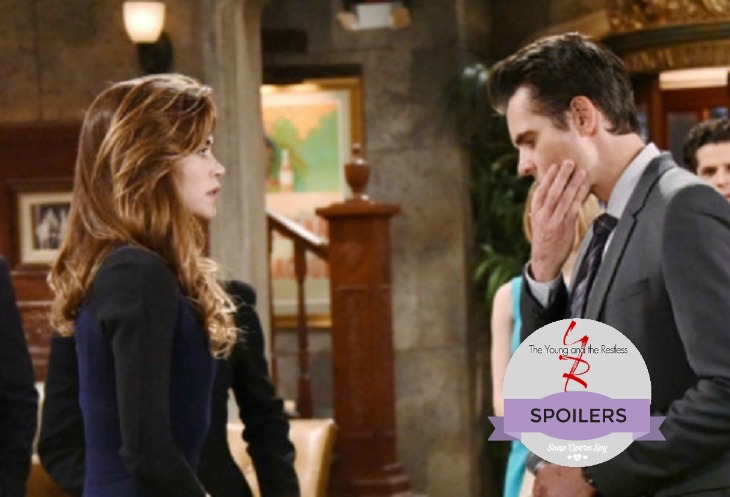 Reed’s (Tristan Lake Leabu) reappearance on ‘The Young and the Restless’ interestingly resurrected the possibility that ‘Villy’ will eventually reconcile. All who jeer at the thought of Vickie (Amelia Heinle) and Billy (Jason Thompson) getting back together (again) apparently don’t believe in the overwhelming merits of a nuclear family, which has been the basis of countless civilized societies.

Leabu appears, at first glance, to be a solid choice as the older teenage version of Vickie and J.T.’s (Thad Luckinbill) son.

He was instantly believable as a mixed-up young man who’s been damaged by the modern ideas of so-called parenting.

Related: Are You Glad Sharon’s Dad Is Coming To Town? VOTE!

That’s the underlying rub, isn’t it? Believing in certain ideas that are deeply regressive and probably destructive, rather than actually being positive ideologies, within soapy societies. Ah, truth. It reads so clearly and isn’t offensive to all reasonable minds.

But how could the arrival of Reed allow someone like Billy-boy to worm his way back into Vickie’s heart? Notice the intentional elements of male-bashing in that last sentence? Billy is a boy and a worm. Vickie is the victim who is in danger of being emotionally manipulated by an evil male. Yes, gender type-casting is real!

Y&R’s new head writer Sally Sussman and her team would be wise to write reality into this soap opera in order to make it great again. And anyone who thinks that a political slogan was just pushed is overly suspicious. This is a soap opera column, where all reader’s votes are valued and counted equally.

So, this scribe’s advice for William Abbott is to recognize that Vickie is a great person who has given him umpteen chances to redeem himself. She still loves the guy and is a consistently good mother to his children.

If, and that’s a big if based on his history, Billy can become a consistent player in Reed’s life ‘Villy’ could eventually be revived. Johnny (Holden and Ryan Hare) and Katie (Sienna Mercuri) would certainly benefit from having both of their parents together again as well.

Billy, don’t listen to people like Victor (Eric Braeden), Jack (Peter Bergman) or even some Y&R fans who don’t believe in you. They’re only projecting their viewpoints of the world into your soul. Prove everyone wrong by taking life seriously and you will earn Vickie’s trust, which will be paired with her enduring love.

‘The Walking Dead’ 2017 Spoilers: What To Expect When ‘TWD’ Season 7 Returns In February – Must See Drama!