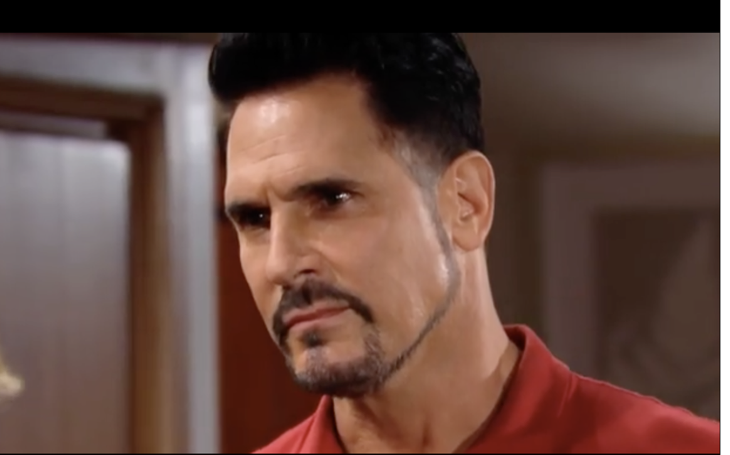 Bill (Don Diamont) is slowly realizing that his life won’t easily revert to form on ‘The Bold and the Beautiful’. Liam’s (Scott Clifton) stunning coup pushed his father from the CEO’s chair that he now tightly holds. A comeback is obviously possible, but surely won’t prove easy for ‘Dollar Bill’ Spencer.

Justin’s (Aaron Spears) idea sparked an order from his then-boss to have the building Spectra Fashions was working in torched. That was the structure Liam subsequently paid $50 million dollars for and then gave away to Sally (Courtney Hope). The lack of a signed contract, which could have guaranteed repayment terms confirmed Liam’s naive take on reality.

Sally was overjoyed by Liam’s generosity, which also telegraphs young son’s next moves. This member of the Spencer clan is going to use capital to right subjective wrongs.

Liam won’t be thinking about profitability, but satisfying the always unreachable goal of helping the perceived “little guy and gal” with other people’s money. That’s an ideology and, within reason, an admirable political point of view. But it’s not a sound business plan.

Wyatt (Darin Brooks) followed his dad in suggesting that Liam has “a thing” for the redhead. Clifton’s character rejected the assertion. He also doesn’t realize that his dad and brother are probably right. Liam isn’t knowingly falling for Sally, but could be on his way to doing so. This angle of emotion is one point Bill could choose to exploit moving forward, but that probably won’t be enough.

Related: The Bold And The Beautiful’s Courtney Grosbeck Gets A New Job

Meanwhile, the Brooke (Katherine Kelly Lang) distraction will split Bill’s focus for awhile. Honest B&B fans, regardless of what they think of Lang’s character, can’t blame her for leaving Bill. He won’t be able to offer her a stable life, while his remains in chaos.

His son took control of the family company. One of the consequences from that act pushed Brooke away. Bill might comeback some day. But for now he’s out.