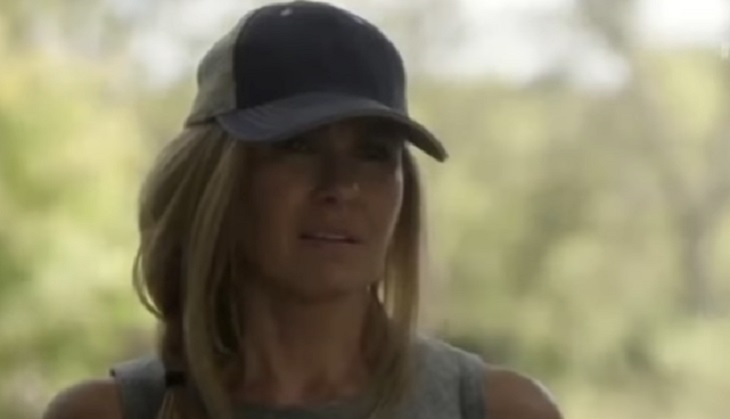 When CMT aired the first hour of ‘Nashville’ season 5 on Thursday, December 15 fans got a first look at Rayna’s struggle to keep her head above water. ‘Nashville’ spoilers tease that Rayna is fed up with the direction in which country music has taken.

‘Nashville’ spoilers season 5 indicate that both Rayna Jaymes [Connie Britton] and Juliette Barnes [Hayden Panettiere] will make significant changes to their musical styles. What if Rayna and Juliette’s fans aren’t ready for the changes, will this alienate fans or will fans follow along on the lady’s individual musical journeys?

The ‘Nashville’ season 5 sneak peek gave us a look at how profound an effect Juliette’s plane crash had on Rayna. The singer and record producer has a panic attack aboard the plane on her way to a gig in Silicon Valley.

After the concert a confused and panicked Rayna contacts Deacon Claybourne [Charles Esten] and tells him there’s no way she can get on the plane to come home to Nashville. No matter how much Deacon tries to convince Rayna she refuses to fly and instead rents a car and drives home.

Stopping along the way at a gas station in the middle of nowhere Rayna hears an old man playing a mandolin and singing an old bluegrass song ‘The Wayfaring Stranger.’ As Rayna listens you can see the look on her face change from panic to peace.

‘Nashville’ spoilers tease that hearing this song reminds Rayna of her true and deep love for country music. Will Rayna turn her back on the new pop-country culture and begin a neo-traditional movement to the music she loves?

Meanwhile, Juliette is struggling with suffering from Survivor Syndrome. Returning to the site of the plane crash with Avery Barker [Jonathan Jackson] the singer is shocked to discover that the crash site has been completely cleared of all debris

As the couple head home from the crash site, Juliette hears gospel music coming from a church. She makes Avery stops and she wheels her way into the building. Juliette’s entire demeanor changes from hopeless to hopeful. Will Juliette leave pop-country behind and turn to Gospel music as atonement for her sins?

‘The Bold and the Beautiful’ Spoilers: Quinn Turns The Tables On Ridge!