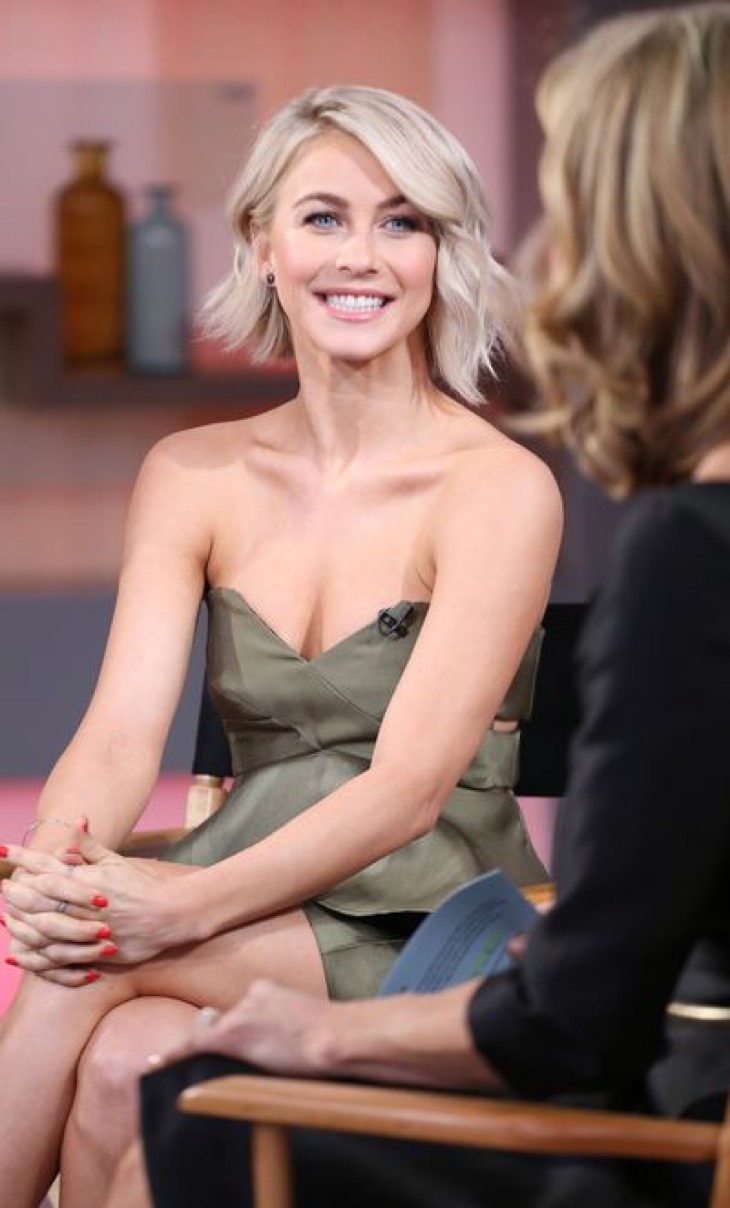 There will be one fewer star in the ballroom when Dancing with The Stars (DWTS) kicks off Season 25 on September 18. Julianne Hough revealed that she would not return as a judge on the hit ABC reality TV series. According to Us Weekly, the three other judges — Len Goodman, Carrie Ann Iraba, and Bruno Tonioli—willreturn.

“We are thrilled to have Len, Bruno and Carrie Ann back in the ballroom and look forward to welcoming guestjudges whenever possible,” A DWTS rep confirmed to Us Weekly.

Related: Dancing With The Stars Season 25 Promises Theme Nights Will Be Best Ever

Julianne has not confirmed why she decided to leave Dancing with the Stars. Some fans believe her departure could have something to do with her recent marriage to professional hockey player, Brooks Laich.

The happy couple married on July 8 after two years of dating in Coeur d’Alene, Idaho. A source close to Julianne said the duo want to start a family immediately. That seems to imply that she could want to quitDWTS to focus on her personal life.

The blonde bombshell posted to Instagram on Tuesday and wished her husband good luck on his first day o training.

“So excited for my love to start his first day of Camp with the @lakings,” Hough wrote. “I’ve never met anyone more in love with the sport. His dedication and respect for Hockey is unlike anything I’ve seen. Not only is he incredibly gifted, but he works harder than anyone and always after perfecting his craft. Not to mention he’s one of the best “hype men” out there. He puts you in a state of mind that brings out the confidence and determination to achieve whatever you want. He believes in himself and in people more than anyone I know! If you’re ever feeling down or insecure, he can turn that around in a heartbeat!”

Julianne previously competed on Dancing with the Stars and took the trophy home twice before joining the cast as a judge in 2014. How do you feel about Julianne Hough’s exit from the show?

Stick with Soap Opera Spy for more Dancing with the Stars (DWTS) spoilers, news, and updates!

The Bold and the Beautiful Poll: Will Bill Destroy Liam To Get His Throne Back?