The Bold and the Beautiful Poll: Will Bill Destroy Liam To Get His Throne Back? 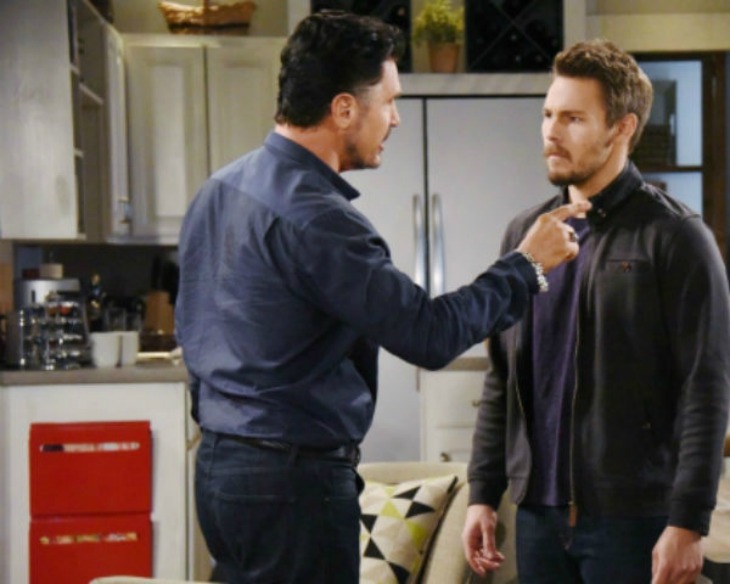 Bill (Don Diamont) saw himself as cult leader on ‘The Bold and the Beautiful’. He wasn’t just the CEO of Spencer Publications. ‘Dollar Bill’ was its god. But Liam (Scott Clifton) knew who was behind the curtain and where his weak point was.

A Wizard of Oz reference isn’t fully apt in this instance. But it’s fair to compare Bill’s false facade and Liam’s recognition of it to what’s playing out in modern day Los Angeles. Yes, B&B has established a classic son-overthrows-father scenario.

There are many ways in which this arc can be written. The underpinnings of the current storyline should leave Liam in power for awhile. Why else would the writing staff have built various well-crafted plot points leading into the climax that established Spencer Publications’ new paradigm.

Unless, or until Bill is able to destroy Liam’s power source, he won’t be able to push his son off the throne. The digitally recorded confession negates Bill’s ability to even set up Liam because the new head of this family company could simply turn over his knock-out evidence to the authorities. Of course, that assumes those overlords wouldn’t be in Bill’s pocket.

Arson was not beneath Bill’s sense of morality. But he used Justin (Aaron Spears) to handle the dirty work where Spectra was concerned.

Sally (Courtney Hope) could prove to be Liam’s Achilles heel. Bill senses that his son has “a thing” for her. Steffy (Jacqueline MacInnes Wood) rejected her father-in-law’s assessment, but could come to regret doing so.

Liam will remain ever watchful for whatever his dad might do, which is why a positioned third party would seem a likely option for Bill to use in this effort.

Surely Bill seems primed to work through others again. But possibly all of his efforts won’t be needed, or prove not to provide a fatal business blow.

Related: The Bold and the Beautiful Star Jacqueline MacInnes Wood Is One Busy Lady!

Liam, like his father, now believes in a single-minded vision. He thinks he’s righting wrongs. But could Liam actually be the one who destroys himself?

Fans of ‘The Bold and the Beautiful’ rightfully express their opinions on a regular basis. So, will Bill bring Liam down, or will Liam destroy himself? Please vote in our poll below!