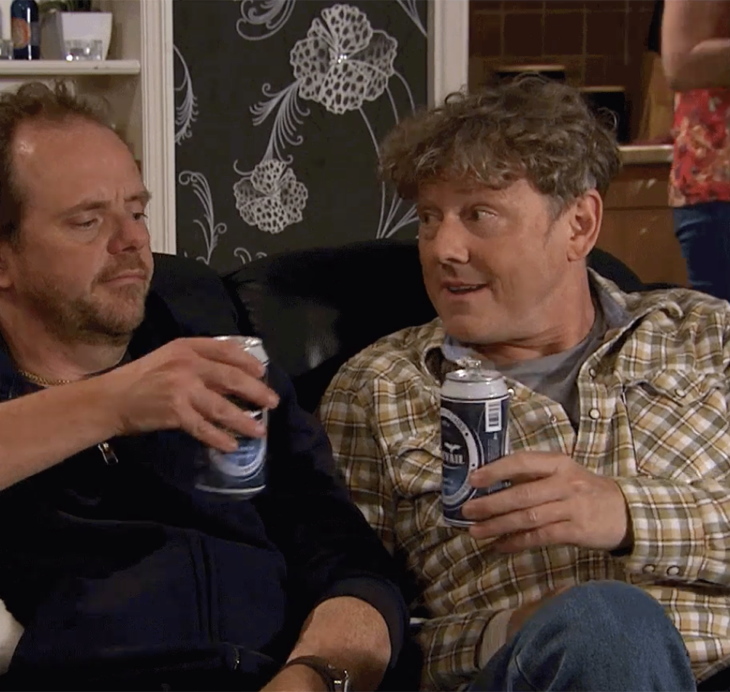 Fans of Emmerdale star Mark Jordan have a lot to look forward to as his character Daz is set to be involved in some juicy storylines going forward. Not only will the formerly homeless character enjoy a spot of romance, but he’s withholding an astonishing secret that’s going to impact his family in a big way.

Daz’s appearance was a riddle to begin with, as viewers tried to figure out just who Kerry Wyatt (Laura Norton) spied as the homeless man in the Dales. It turned out to be Daz, her husband Dan’s (Liam Fox) estranged brother.

Why were they estranged? For starters Daz tried to seduce Kerry on her wedding night; the cad! But his appearance set off a peculiar chain of events, with Kerry admitting that she, too, had once been homeless, and Dan duking it out (again) with Daz.

We love it when a Spencer plan comes together! #Emmerdale pic.twitter.com/vDa5hTkx1r

In the end Dan felt sorry for his brother and let him stay in his trailer. It didn’t hurt that Kerry herself pushed hard for a reunion. But then Dan’s young daughter found a knife under Daz’s pillow and Dan was enraged all over again when the young girl injured herself. Daz can’t do anything right, right?

But wait, before you jump to the conclusion that Daz is just a troublemaker, we have some surprising news straight from the horse’s mouth!

According to Jordan, viewers will be blown away when they discover what Daz is really hiding. Speaking to OK! Magazine, the former Heartbeat star said the big reveal will, “definitely bring a change of energy within the household, it has to.”

What could be so epic that his family will look at Daz in an entirely new light? The actor and TPTB are keeping the details a closely guarded secret, but I’m guessing that the secret will be one that sheds a heroic light on the downtrodden man.

“It’s a lovely little moment that obviously changes people’s perceptions towards Daz,” promises Jordan. I, for one, can’t wait!

The Young and the Restless Spoilers Tuesday, September 19: Jack and Ashley Vow to Keep Digging – Graham Insists He Can Be Trusted – Victor and Nikki Clash